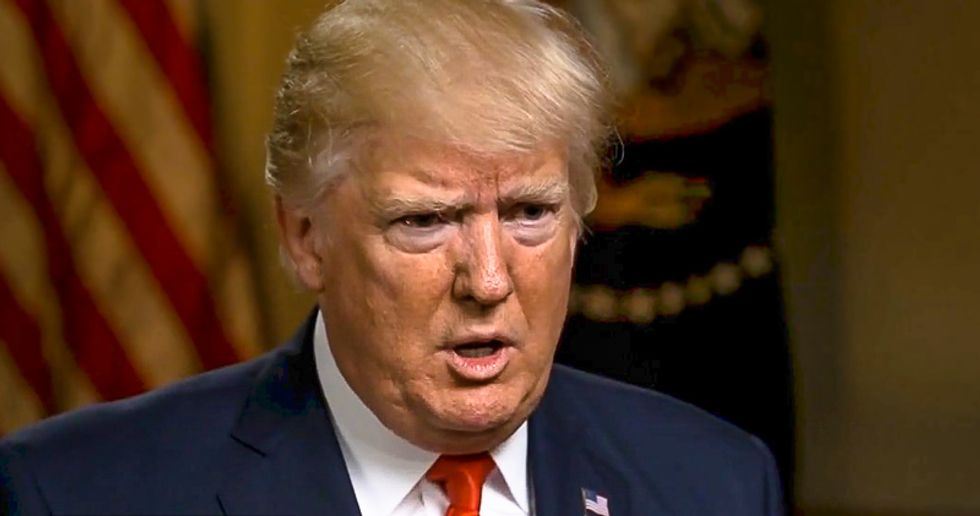 President Donald Trump on Friday falsely claimed that a recent rise in crime in the United Kingdom was because of the country's refusal to fight "radical Islamic terror."

However, as the Telegraph notes, much of the violent crime spike is due to increased gang-related activities, and not because of Islamist terrorism.

Given Trump's botched interpretation of the data, many U.K. politicians were quick to slam the president for making faulty assumptions that further revealed his own ignorance.

"Butt out of it mister president," Labour Party MP Chris Bryant said, per the Daily Mail. "You have more murders in New York or Chicago every year than we do in the whole country so we're not going to take any lessons from you."

"Donald Trump would be better paced looking at issues in his own country such as the huge number of deaths from gun violence which despite repeated atrocities from Sandy Hook to Las Vegas, the US government have failed to take action on," Doughty added.

And Liberal Democrat MP Jo Swinson told the Mail that Trump was once again using bad information to stoke hatred of Muslims.

"Hate crime is up and it is fueled by the kind of populist xenophobia you peddle," she said.