Cincinnati man terrorized ex-girlfriend and then murdered black man for dating her: testimony 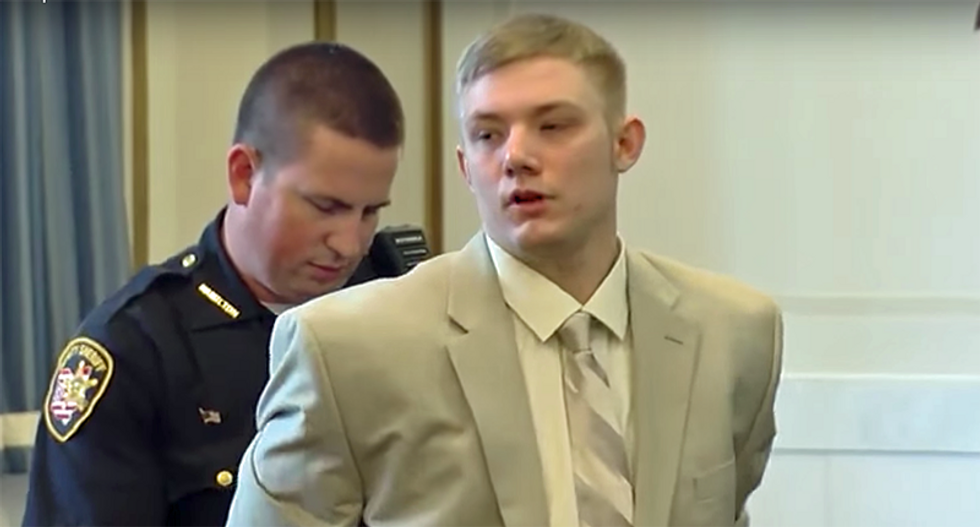 James Earl is standing trial for the murder of Kevin Neri.

Jurors in an Ohio murder trial heard testimony about the posting of a "half naked" photo on social media during the escalation to a fatal shooting that has galvanized the Black Lives Matter movement in Cincinnati.

Jason Yanzell testified in Earl Jones' murder trial on Monday, the Cincinnati Enquirer reported. Yanzell was a friend of the victim, Kevin Neri and was present at the scene. His 911 call was played in court.

"Oh my God," Yazell said repeatedly during the recording.

The victim, Neri, was shot in front of the home he shared with his girlfriend in Colerain Township, Ohio when he was killed on the night of May 16, 2016.

The victim's girlfriend, Cyerra Prather, had previously dated the defendant. Jones was the father of a child Prather had at age sixteen.

According to testimony, Jones had been angry at his son's mother dating Neri, who was of mixed race, the Cincinnati Enquirer reported.

The victim's friend, Yazell, testified that Jones often used the n-word to refer to the victim.

On the day of the shooting, the defendant allegedly used the n-word multiple times in text messages to his ex-girlfriend.

"That kind of started everything," Yazell testified about the postings.

"Earl Jones shot and killed Kevin Neri in cold blood," WCPO reported Black Lives Matter claimed. "Earl Jones didn't want a black man raising his son so he drove to the house where his ex-girlfriend and Kevin lived and shot Kevin in the back."

For months, Black Lives Matter has worried about Jones being offered a lenient plea deal by prosecutors.

"He didn’t want his son being raised by a black man, who was younger and more successful than he was," Lessa Leigh explained. "The murder was the gruesome intersection of racism mixed with domestic violence and sexism."

Watch WKRC coverage of the start of the murder trial: