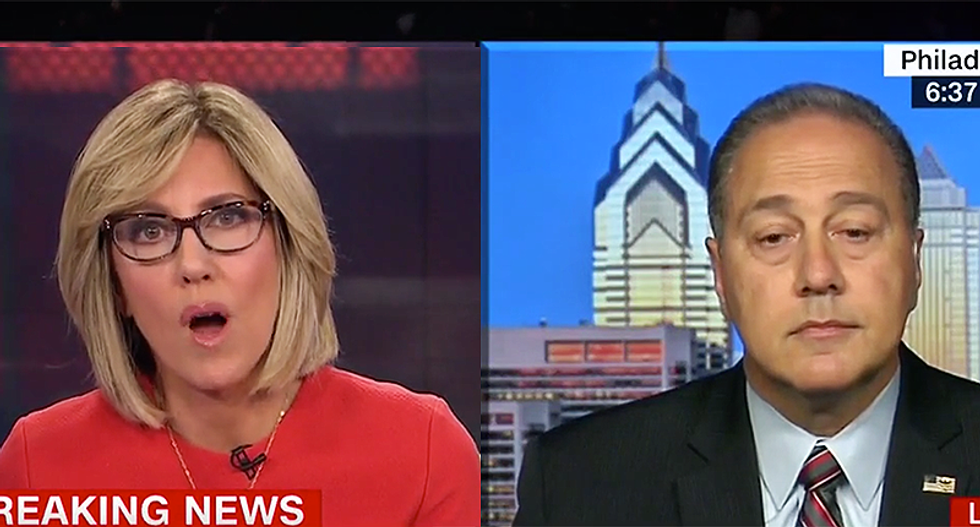 Stephen Paddock had 23 guns in his Mandalay Bay hotel room in Las Vegas with 19 more found in his home. He had thousands of rounds of ammunition as well as explosives, and ammonium nitrate in his vehicle. Many of the weapons experts think the assassin used are illegal, but the kits to make them are not.

During an interview with a retired agent at the Bureau of Alcohol, Tobacco, Firearms and Explosives, CNN host Alisyn Camerota wondered how these modification kits are legal when the weapons themselves are not.

"When experts have analyzed that [gunfire] they hear 90 shots in 10 seconds," Camerota said. "Clearly, that's an automatic weapon."

Yet, authorities haven't found any automatic weapons. Experts are speculating he purchased a regular rifle and converted it into an automatic weapon. Any new weapons that reload automatically and fire continuously with a single trigger pull were banned by the Firearm Owners' Protection Act of 1986.

"I'm very skittish about having this conversation on TV because, obviously, we don't want to give people a how-to, but it sounds like it's pretty easy do that," Camerota said about making the weapon using a kit.

Sam Rabadi explained that there are accessories available "such as a bump fire stock or slide fire," which is an accessory "used to modify a weapon like an AR-15" so that it fires in rapid succession like what was heard on the video tapes.

"So, automatic weapons are not legal, but the turn a semi-automatic automatic is legal?" Camerota asked.

"The accessory itself is legal and can be purchased online or from a manufacturer directly," Rabadi said. "It is perfectly legal by definition."

Camerota asked how that could possibly be legal.

"By federal law, this particular accessory is perfectly legal," Rabadi said. "The National Firearms Act clearly specifies what constitutes a fully automatic weapon or machine gun is more of the common term that is used. Probably way back when, in 1934, when the original act was enacted and in the '80s when it was modified again. These types of accessories did not exist. And, you know, as technology has come through in the last number of years, I believe the original authors of the law envisioned this kind of accessory being used for modifications of this sort."

Camerota asked if these accessories should be banned by Congress, as well. Rabadi explained that some sportsmen like to hunt using the accessories on their weapons or use it for target practice.

"I've been doing this 29 years," he continued. "Our intent, whether it's federal law enforcement or state local partners, is always going after the illegal possessors of the guns. And what they can do, it's not just your criminal out there, who can cause all sorts of problems on the street with this type of weapon. Unfortunately, and perhaps as is the case in this situation, is somebody with some form of mental illness."

Camerota wondered why he would be reluctant to say that the accessories shouldn't be in the hands of everyday Americans.

"No, there's no reluctance on my part," he explained. "It's more as to the way the law is written. This is something that Congress would have to go back and take a look at the law itself, the technical language of the law and whether something like this type of accessory should be made available to the public.

WATCH: Camerota hammers former ATF agent on why... by sarahburris