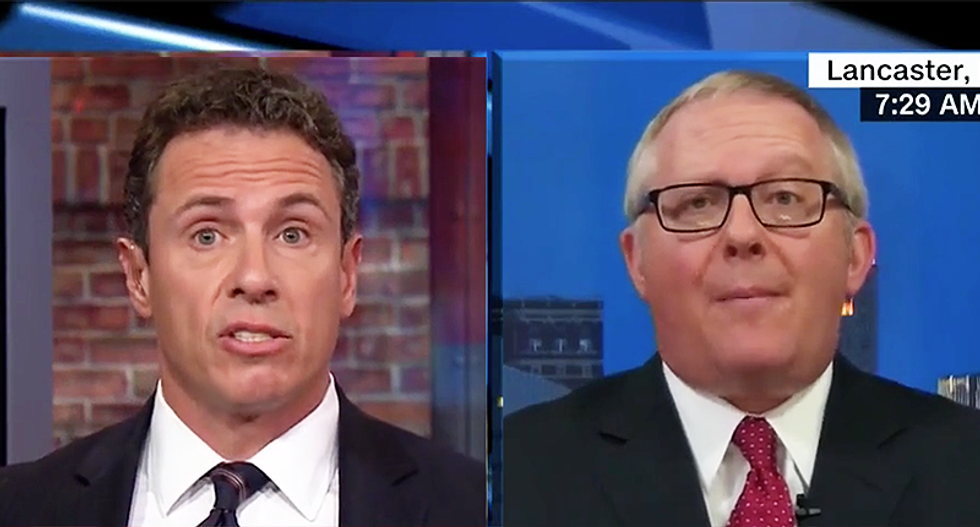 CNN’s Chris Cuomo shut down a senior campaign advisor to Donald Trump for what he called “spin” in claiming that foreign policy advisor George Papadopoulos was nothing more than “the coffee boy.”

The campaign advisor, Michael Caputo, insisted that Papadopoulos, who pleaded guilty to lying to FBI agents and then agreed to cooperate with the special prosecutor, had an extremely limited role.

"I mean, if he was going to wear a wire, all we'd know now is whether he prefers a caramel machiatto over regular, American coffee," he continued.

"I don't see any coffee being passed around while he was sitting with the President of the United States and Jeff Sessions," Cuomo shot back, referring to a photo of Papadopoulos sitting at the table with Trump and his advisors. 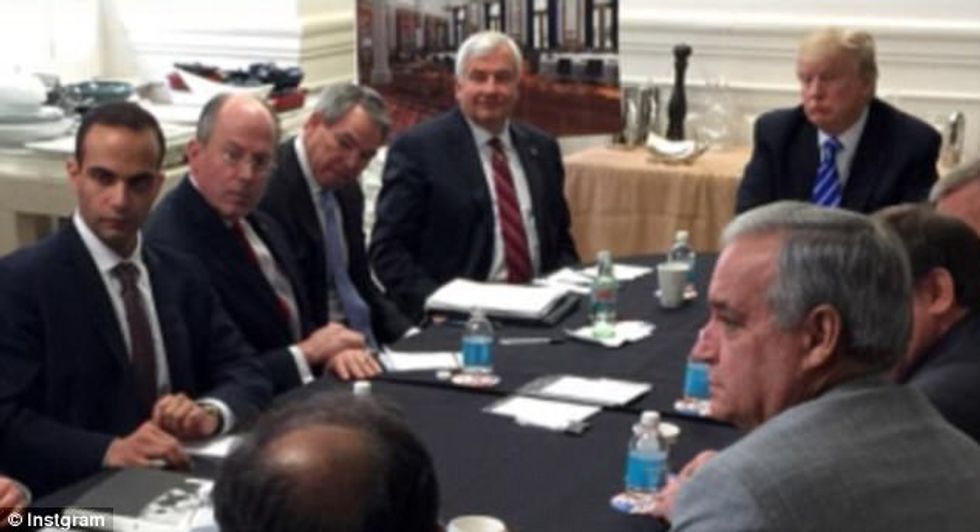 "He had nothing to do with the campaign," Caputo said, claiming that Papadopoulos was nothing more than a volunteer. Cuomo shot back that it seems everyone was a volunteer to the Trump campaign, including chair Paul Manafort, who accepted the position without pay.

"I'm not saying he was the key to the campaign, but he was important enough that when he started emailing about this stuff he got the ear of Sam Clovis, he got Manafort, communicating about the suggestions and what to do about them," Cuomo said. "That's not when a coffee boy asks you to do something. I get the spin, but the reality is they certainly took it more seriously than you do."

"The kid was 27 years old,” Caputo said, cutting two years off his actual age at the time. "You're trying to ascribe to him the ability to discern what's right and what's wrong here and he's barely old enough --"

Cuomo then cut in and the two began talking over each other. He noted that at no point did Manafort pick up the phone to the FBI and alert them to the idea that a staffer or Russian sources were trying to infiltrate the campaign.

Caputo claimed that it is unknown if Manafort did or did not. But Cuomo chimed in to say that there is zero indication from the documents that Manafort took that move.

"I would think that would be the first thing out of his mouth," Cuomo noted.

Caputo then went on to throw Papadopoulos under the bus as "a bad kid" trying to "infiltrate" the Trump campaign on behalf of the Russians. He went on to say that whatever punishment is handed down is fitting. Cuomo wondered, however, why the campaign didn’t blow the whistle on that “bad kid.”

"I don't know the answer to that," Caputo said.

"I think you find your answer in Don Jr.," Cuomo said of the president's son. "Don Jr., what did he say when he was given the same solicitation? 'Awesome! I want to meet with him!'"

Caputo tried to claim that Trump's son approached it the same way Manafort did. Emails, however, prove otherwise.