Conservative columnist: Sex harassment victims are waging 'a war on men' to hop on the publicity 'gravy train' 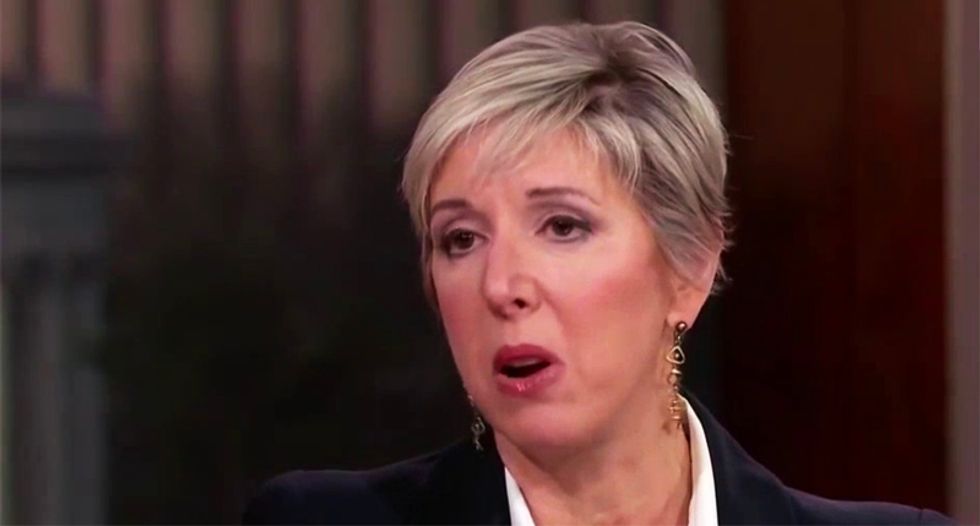 During a discussion on NBC's Meet the Press, a conservative commentator claimed that women coming forward to complain about being sexually harassed are engaging in a "war on men" and that some of them are attempting to cash in on the controversy.

Speaking with host Chuck Todd, senior vice president for foreign and defense policy studies at the American Enterprise Institute Danielle Pletka said she was sympathetic to many of the women who have come forward with tales of sexual assault following the revelation that former Miramax head Harvey Weinstein harassed women for years.

As highlighted by Media Matters, Pletka went on to claim that complaints are feeding into "war on men" narrative.

"Are we in a culture -- is this a major moment in our culture, Danielle?" host Todd asked in reference to public debate about toxic masculinity and silence about sexual assault.

"No. I have no doubt that sexual harassment is real and that many women suffer from it," Pletka replied, before switching gears. "But I have a strong suspicion that this is yet another one in a series of -isms and complaints and grievances in our society that are used as wedges, that are used as bludgeons, that are part of a, frankly, what many men feel is a war on men, certainly in universities."

"Do we need a cultural change? If women want to stand up for themselves, women should stand up for themselves for equal treatment," she added before expressing skepticism of women who have remained silent out of fear that their careers might be ruined by speaking out. "And if that means that someone's going to harass them, they should stand up and call them out. This whole, 'Me too, I want to get on the gravy train. Harvey Weinstein looked at me meanly too, but I didn't have the guts, Gwenyth Paltrow, to stand up and do anything about it.' I'm not really into that."

You can watch the video below via Media Matters: