Conservative schools Jason Miller on president's GOP critics: Corker ‘is not there to represent Trump’ 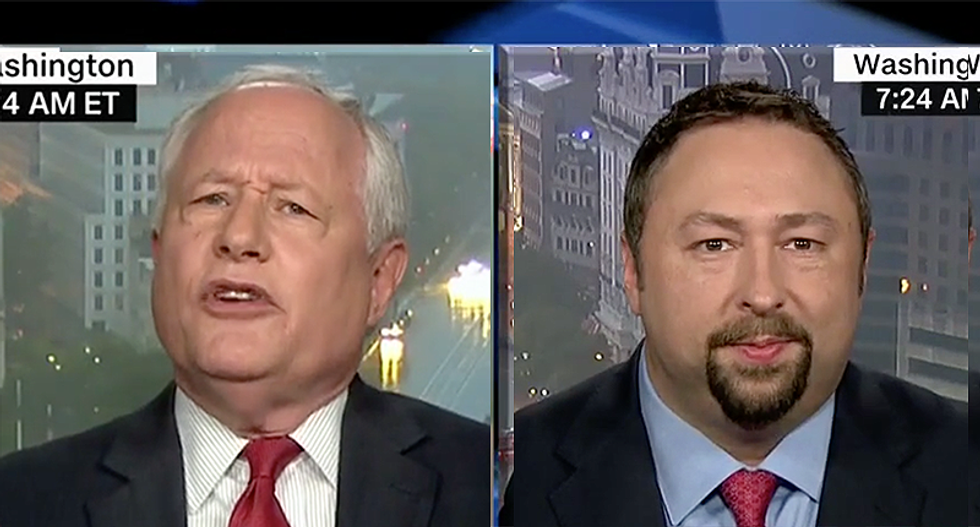 Miller maintained that if Sen. Bob Corker (R-TN) doesn't support the president's agenda that he should resign now and the governor should appoint someone who will.

A shocked Kristol informed Miller that an elected representative is not there to be a shill for the president.

Miller attempted to argue that Corker ran on an agenda of tax cuts, but Kristol corrected him again, saying that Corker also ran on a campaign for lower deficits, something Trump's tax plan does not do.

"Loyalty is a one-way street for Donald Trump," Kristol said. "You can be loyal to him and say critical things after Charlottesville. That was not astonishing to say something critical. And Trump will kick you when it seems useful for Trump."

He went on to say that he welcomed Corker to the club of those speaking truth to Trump's power, despite the tardiness of his honesty.

"Let him just resign if he's a lame duck?" Kristol questioned. "This is typical. They think Republican senators and congressmen were sent there to rubber stamp whatever Trump wants. And not just rubber stamp, but never say anything critical. Bob Corker was elected by the citizens of Tennessee. He has the same status as an elected officials and other senators. He owes them his six years of service, his candor, his best judgment. I wish he had exercised it a little earlier."