Dem busts Sessions: You 'would have blown up' as senator if another attorney general dodged questions like you 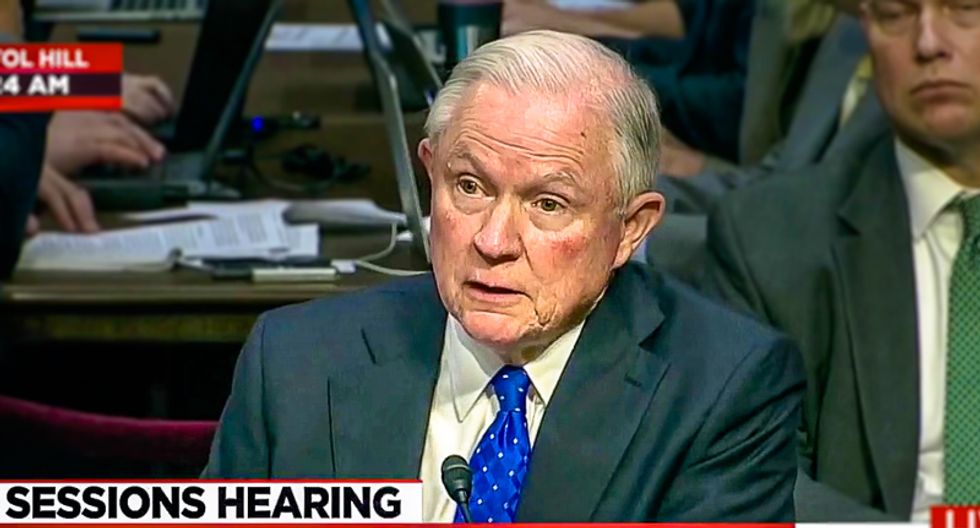 Sen. Dick Durbin (D-IL) asserted to Attorney General Jeff Sessions that his "head would have blown up" while serving as Alabama senator if another attorney general refused to answer questions as Sessions has.

During a hearing before the Senate Judiciary Committee on Wednesday, Durbin asked Sessions to produce a new opinion from the Office of Legal Counsel giving him clearance to end President Barack Obama's DACA program protecting undocumented immigrants who were brought to the U.S. as children.

Although a 2014 memo defending DACA is available on the Department of Justice website, Sessions argued that it would be improper to release new information on the matter.

"Did you have any communication with the Texas attorney general or any other attorney general who was threatening to bring a lawsuit to void DACA before the decision was made by the Trump administration?" Durbin asked.

"That kind of legal discussion I believe would be a part of the work product of the Attorney General's Office and I should not reveal it," Sessions insisted.

"Well, even the [Office of Legal Counsel] communications we have are, in fact, privileged," Sessions shot back. "So, I would say, that's correct."