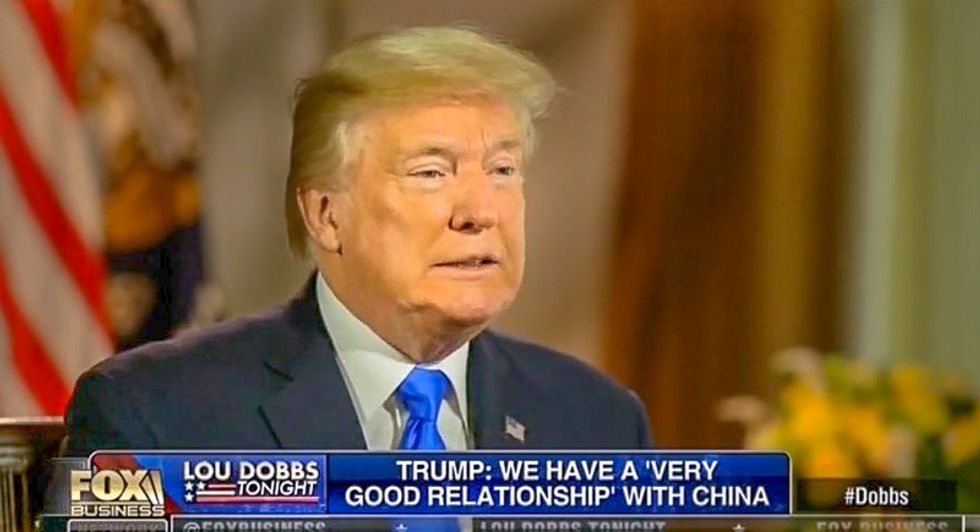 President Donald Trump asserted this week that he had the "best relationship" with China President Xi Jinping because they both hold the title of "president."

"I just spoke to the president of China," Trump told Fox Business host Lou Dobbs in an interview that aired on Wednesday. "Just spoke to him a few minutes ago."

"He's been given powers that nobody's ever seen," the president continued. "He's a powerful man, I happen to think he's a very good person. Now with that being said, he represents China, I represent the U.S.A. So, you know, there's always going to be conflict."