Ex-Bush official warns Trump is itching for war: ‘If you think Iraq was a bad war wait until you see Iran’ 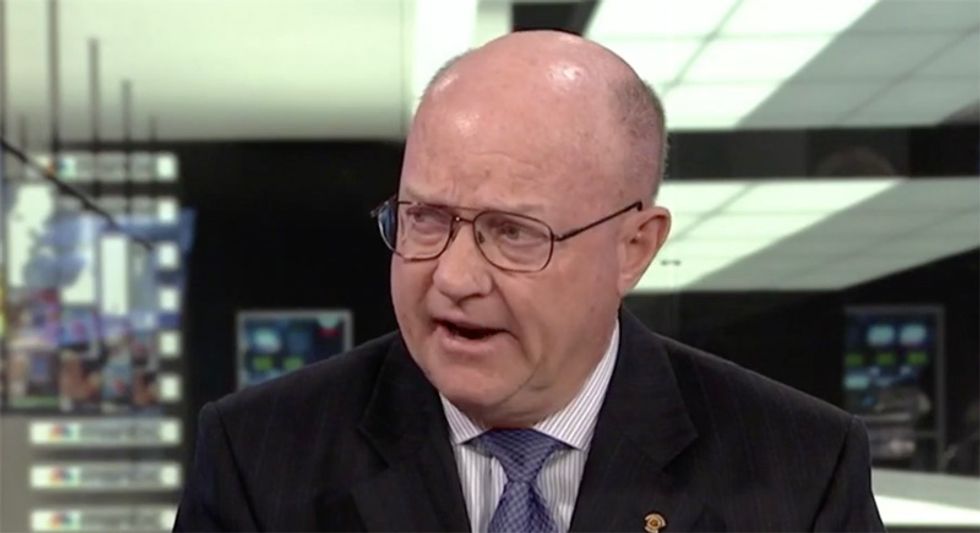 Appearing on MSNBC's AM Joy on Sunday morning, the former chief of staff to ex-Secretary of State Colin Powell warned that hardliner Republicans in the Senate are anxious to see the Iran deal go away allowing the U.S. to engage in another war in the Middle East.

Speaking with host Joy Reid, retired U.S. Army Colonel Lawrence Wilkerson said the saber-rattling at North Korea combined with President Donald Trump's desire to back out of a nuclear deal with Iran is setting the stage for "17 more years of war."

"The German minister said what Trump has done is make the Iran agreement into a domestic policy thing, meaning domestic politics," host Reid suggested. "By doing that he's assured that the new agreement will fail ultimately, and then what you have is one choice: war. The end game is to provoke Iran enough so we can go to war."

"I think we are doing the same thing as we did in 2003, and I was very intimate with that process in Iraq," Wilkerson replied referencing his tenure at the State Department when the U.S. attacked Iraq. "We are marching down the road to war. If you think Iraq was a bad war wait until you see Iran."

"[Trump] said yesterday in his remarks, he said Iran is spreading global destruction and chaos," Wilkerson continued. "Saudi Arabia is the one doing that. The bloody war in Yemen, which sad to say we are involved in, it's the bloodiest war on the face of the Earth right now, the greatest humanitarian disaster since World War II. We are a part of that. The Saudis are far worse than Iran and we are getting ready to make that situation even worse, more profoundly destabilizing, by taking on Iran militarily."

"If you say it's unacceptable like Tillerson did, that Iran has a nuclear weapon, you get [rid of them] through diplomacy or war," he added.

Addressing the so-called "Iran hawks" in the U.S. Senate, host Reid mentioned Trump warmongering of North Korea, saying, "Now we are talking about a country with nuclear weapons and ICBM's that could, in theory, reach the United States."

"I agree with you 100 percent," Wilkerson replied. "I think taking our eye off that situation is dangerous. You are probably aware of the situation in Venezuela right now. 25,000 plus refugees in Columbia, already, and we have the Iranians and others moving towards that province. We have a serious situation developing in Syria."

"I will tell every GI out there: You have had 17 straight years of war, get ready for 17 more," he concluded, causing Reid to moan, "Oh, my God."