Ex-Dem Rep: Trump's deflection strategy is failing because voters are 'fatigued' by his constant drama 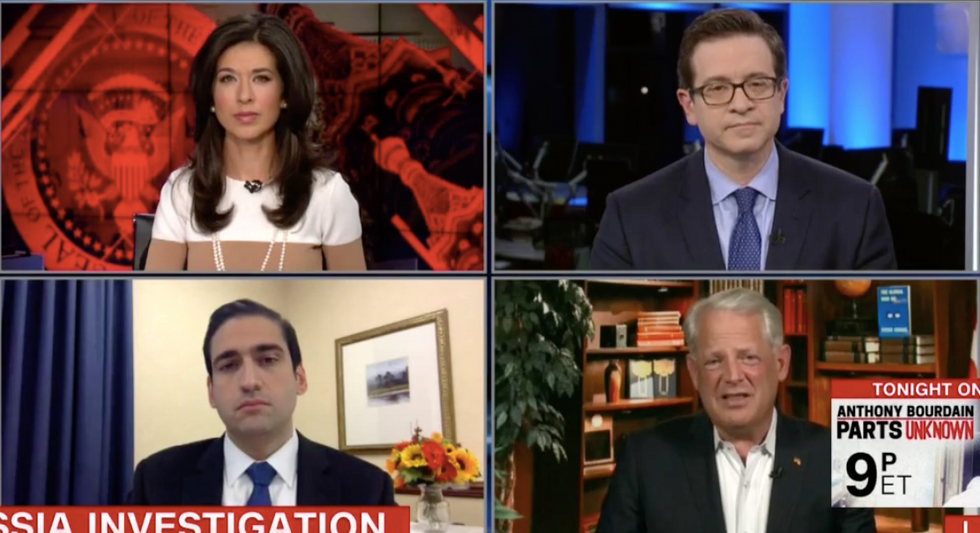 Former Rep. Steve Israel (D-NY) told CNN on Sunday that President Donald Trump's favorability rating is falling even with his base because voters have become "more and more fatigued" by the constant scandals and chaos pouring out of the White House on a daily basis.

Anchor Ana Cabrera asked Israel if he believes Trump's strategy of attacking Hillary Clinton is going to work for him in the shadow of looming indictments from the Mueller investigation.

Israel pointed out that Trump is at an all-time low in job approval as even his most ardent supporters peel away.

"And the reason for that is, I think, that people are just getting more and more fatigued with the deflection and the distraction," he said, and are longing for a president that will fight for them instead of "a fighter for himself."

He went on to say that there's "no one more credible" than Special Counsel Robert Mueller and that Americans should "follow the investigation" to wherever the facts lead.