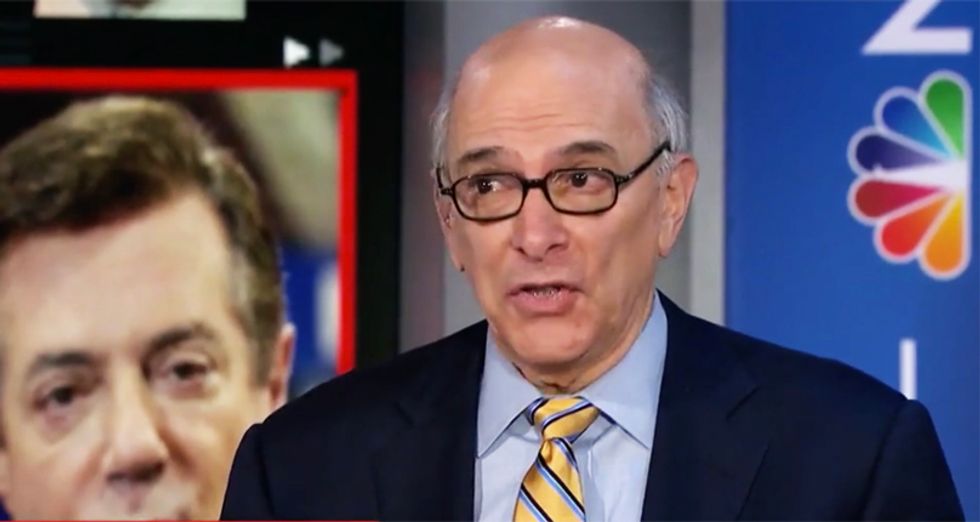 Speaking on MSNBC, a former Watergate prosecutor explained that a very thorough Special Counsel Robert Mueller has an "ironclad case" an against ex-Trump campaign manager, and that the White House should be concerned that former Trump campaign adviser George Papadopoulos has been wearing a wire for months.

Speaking with host Ali Velshi, attorney Nick Akerman said he had looked at the indictment against Manafort and said that he had no doubt that Trump associate would be found guilty.

"Now this it's not like a witch hunt where there is nothing," Akerman began."Now you have got something that is real."

Following a break to listen to a press conference held by Manafort's attorney, Akerman picked up on the deal that Papadopoulos made with investigators, saying, if Mueller has done his job properly, the former Trump associate has been wearing a wire for months as part of a deal.

"It's quite obvious that Mueller is playing this out very skillfully," Akerman explained. "First of all that [Manafort] indictment is a slam-dunk, as I said before, it's proven by documents. But then you look at the Papadopoulos one that they put under seal all of this time."

"He's pled guilty, pled guilty to a felony, lying to the FBI," Akerman continued. "He's basically, if you looked through his allocution, you have allocute. They don't name names, it's against Justice Department policy to do that. But he refers to campaign officials, other officials -- it's very obvious he has information on lots of people and on top of that, he's been cooperating since July.

"If I were the prosecutor, and I guarantee you Robert Mueller has done this, he's had him out there wearing a body wire, playing dial-a-crook on the phone, trying to get recorded conversations to use as evidence against other people," he asserted. "If I were the other people, and they know who they are in that information, I'd be extremely nervous right now."