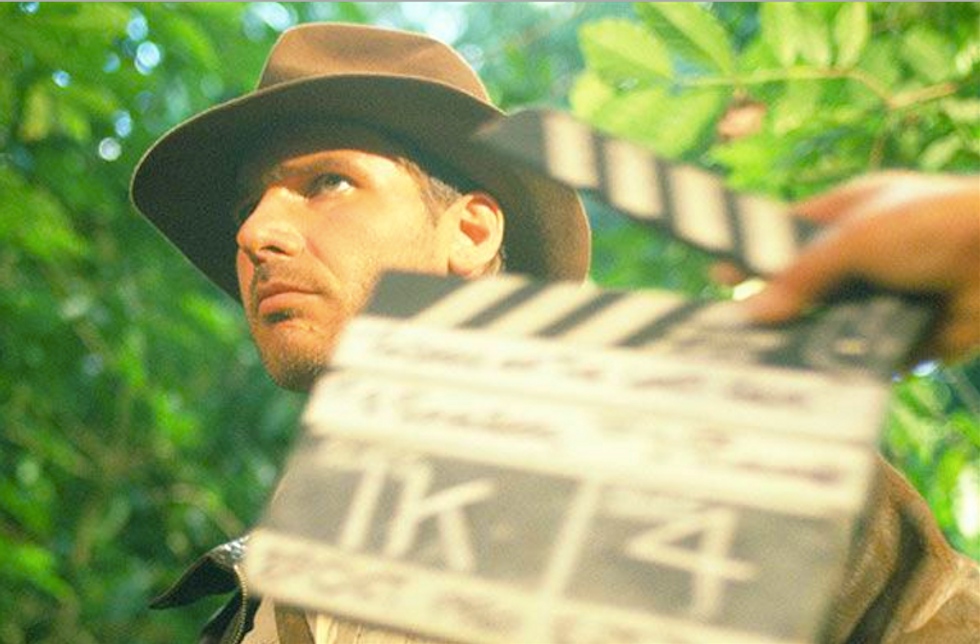 Gentlemen, before you rush to correct a person on the Internet, you might want to double check your facts lest you end up like one social media user who attempted to correct a woman's point about Harrison Ford's costume in the classic film "Raiders of the Lost Ark."

The answer -- in question form as per "Jeopardy" rules -- is, "Who is Indiana Jones?"

However, one social media know-it-all insisted that the film in question was 1952's "The Greatest Show on Earth."

"No," replied "Raiders of the Lost Ark" costume designer Deborah Landis. "The question was exactly right because I provided it."

She explained that Heston wore the same gear in "Greatest Show," but that "Raiders" was based almost frame for frame on "Secret of the Incas."

Then came the mansplain.

"Really, 'in interviews?'" Landis scoffed. "I was there. He and I watched 'Incas' together in an empty theater. Surely you have got to be kidding."

If you or someone you know is guilty of mansplaining, Lifehacker.com published a handy guide on Wednesday titled, "How to tell if you're mansplaining."