FBI intercepted and arrested a Russian spy as she closed in on Hillary Clinton in 2010: report 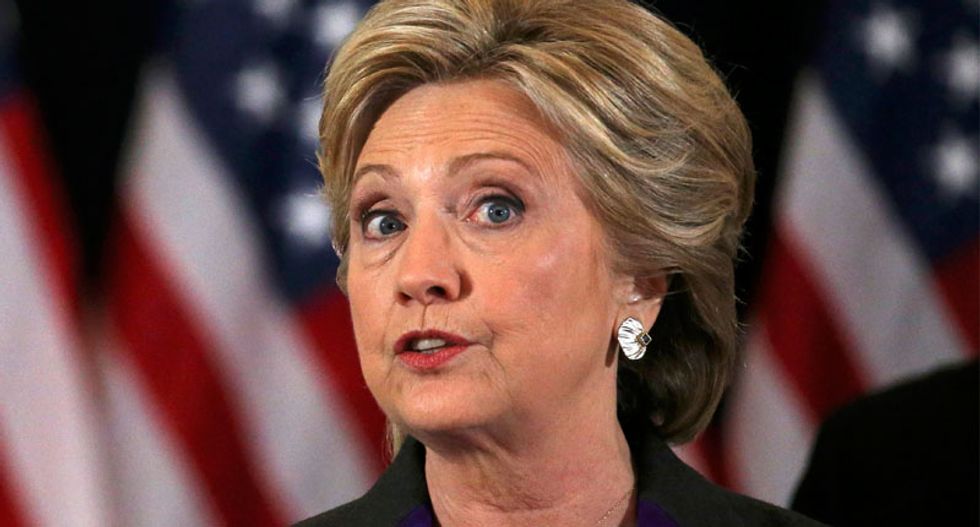 Hillary Clinton addresses her staff and supporters about the results of the U.S. election at a hotel in the Manhattan borough of New York, U.S., November 9, 2016. REUTERS/Carlos Barria TPX IMAGES OF THE DAY

When Hillary Clinton took on her duties as Secretary of State, federal agents watched the Kremlin mobilize multiple initiatives designed to penetrate Clinton's inner circle, obtain intelligence and attempt to influence both Clinton and her husband former President Bill Clinton.

The Hill reported Sunday that one Russian agent posed as an American accountant and was able to get a job working for a major Democratic donor before FBI agents arrested and deported her.

Former FBI assistant director for counterintelligence Frank Figliuzzi supervised the post-arrest declassification and release of records on the 10-year federal investigation that ended with the unmasking of a Russian spy ring including spy-turned-model Anna Chapman.

New Jersey accountant Cynthia Murphy was a lesser-known arrest from that same spy ring, a "sleeper" agent on a 10-year mission. For most of her time in the U.S., Murphy spent "a great deal of time collecting information and passing it on.”

She contacted the Kremlin in 2009 saying that she'd gained access to a major Democratic donor, a "personal friend" of Secretary Clinton whose name was redacted in the FBI report, but who has been identified as Alan Patricof.

In early summer 2010, agents monitoring the Russians grew concerned that Chapman would leave the country and that Murphy was getting too close to Clinton.

“In regards to the woman known as Cynthia Murphy, she was getting close to Alan, and the lobbying job. And we thought this was too close to Hillary Clinton. So when you have the totality of the circumstance, and we were confident we had the whole cell identified, we decided it was time to shut down their operations,” said Figliuzzi.

The FBI official told The Hill that Russia's efforts against the U.S. have made a massive leap thanks to social media.

“We watched a sleeper cell of ten people for ten years that didn't come close to the impact of a few thousand ads and posts on FB, Twitter, Google and Instagram,” Figliuzzi said.