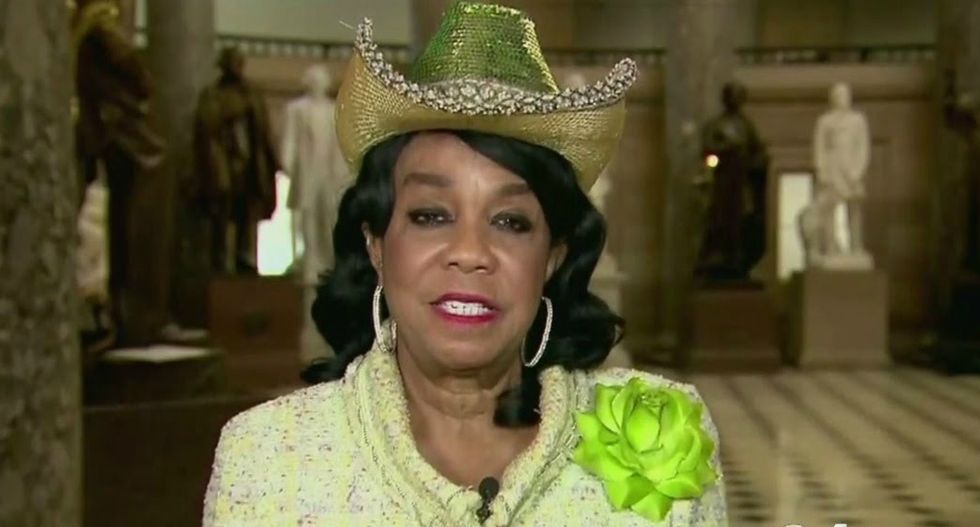 Commenting on a feud that began in defense of a grieving widow, Rep. Frederica Wilson had harsh words for both White House Chief of Staff John Kelly and the president he serves.

In an interview with the New York Times, Wilson said Kelly is a liar for attempting to smear her as unpatriotic over the dedication of an FBI building.

“I feel very sorry for him because he feels such a need to lie on me and I’m not even his enemy,” Wilson said of the chief of staff. “I just can’t even imagine why he would fabricate something like that. That is absolutely insane. I’m just flabbergasted because it’s very easy to trace.”

She also said that she believes his attacks may be racially-motivated.

"The White House itself is full of white supremacists,” Wilson said.