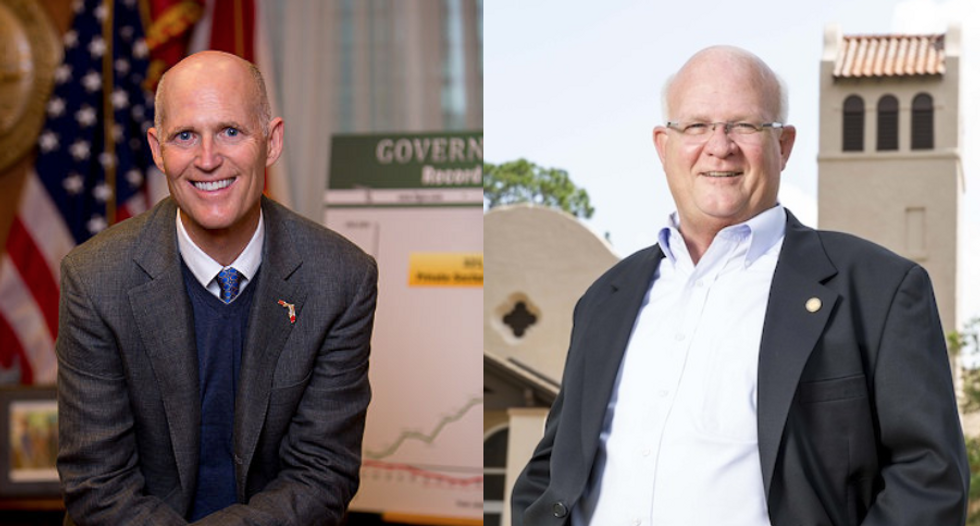 Florida state Sen. Dennis Baxley (R-Ocala) mounted a perplexing defense of The Rehabilitation Center at Hollywood Hills and Gov. Rick Scott after 14 elderly patients died in the aftermath of Hurricane Irma when the nursing home’s air conditioning went out.

“Look at the population,” Baxley—a funeral director—said, according to CBS News. “You’re dealing with 90-somethings. Some of these deaths would naturally occur, storm or no storm.”

Baxley was speaking at a legislative meeting Wednesday convened to address the actions taken by Scott in the aftermath of the storm. A CBS News report on Sept. 15 revealed the nursing home called an emergency cell phone number Scott had provided them four times before the elderly patients died. Those voicemails were subsequently deleted by Scott’s office.

At the meeting, Baxley appeared to refute the notion that better policy would have had an impact on those deaths.

"Eventually everyone who was in that nursing home will die,” Baxley said. “But we don't need to attribute those all to the storm and bad policy."

State Democrats immediately fired back at Baxley’s remark, releasing a statement blaming the Scott Administration for the nursing home’s failures.

“If the fault lies with anyone, it begins with the Scott Administration that allowed bad actors in the nursing home industry to flourish with no effective regulatory oversight,” Leader Braynon (D-Miami Gardens) wrote. “It ends with a nursing home that ignored these helpless souls entrusted to their care.”

“Senator Baxley should know better, and he should be ashamed for refusing to place the blame where it actually belongs,” the statement added.