'He was wrong': Reporters corner Huckabee Sanders as she claims it's 'highly inappropriate' to question Kelly 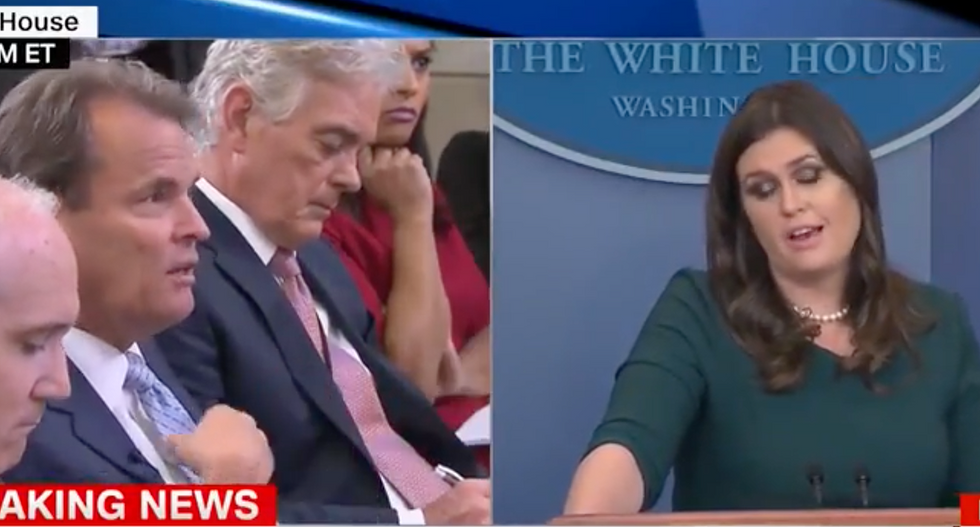 Journalists at the press briefing on Friday grilled White House press secretary Sarah Huckabee Sanders over Gen. John Kelly’s assertion that Rep. Frederica Wilson (D-FL) boasted about raising money during an FBI dedication ceremony in 2015, noting the president’s chief of staff “was wrong” when he made that claim.”

Referencing a video that proves Kelly’s characterization of Wilson’s remarks were incorrect, a reporter asked if “General Kelly still [stands] by the statement he made yesterday that he felt she was grand standing.”

“Have you seen the speech?” the reporter pressed.

The reporter later asked if Kelly “will he come out and talk to us about this.”

Sanders shot back that the chief of staff addressed it enough during his press conference Thursday.

“He was wrong yesterday,” the reporter explained, prompting Sanders to assert it’s “highly inappropriate” for reporters to question the truthfulness of Kelly’s comments.

“If you want to go after General Kelly, that's up to you,” Sanders said. “If you want to get into a debate with the four-star Marine general, I think that's something highly inappropriate. Go ahead.”