Hillary Clinton: 'I really tried to get out of going' to Trump's inauguration 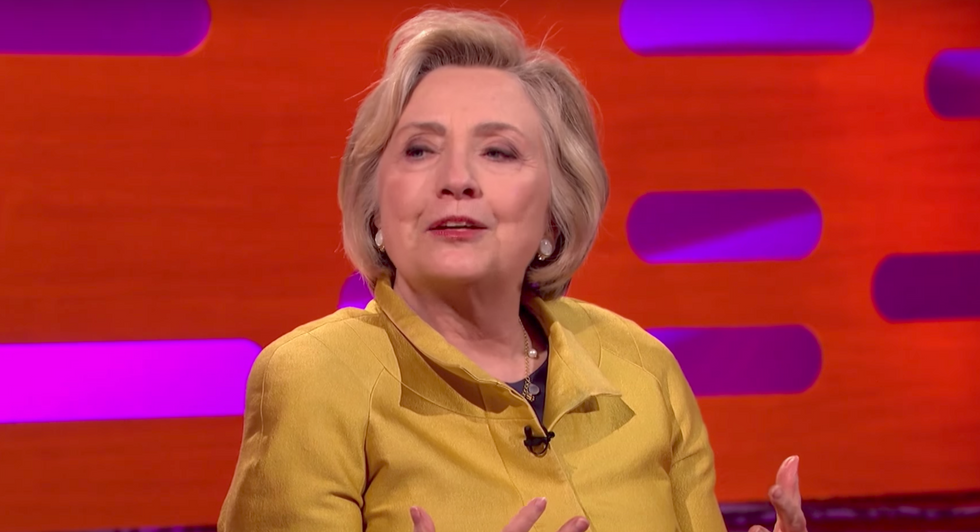 Hillary Clinton on "The Graham Norton Show." Image via screengrab.

Nodding in agreement with the host, Clinton said she wasn't too interested in attending herself.

"I really tried to get out of going," Clinton said in a Friday episode of Norton's BBC show.

As per tradition, Clinton attended the inauguration with her husband, former President Bill Clinton "to show support [for the] continuity of our government."

Nevertheless, she and Bill thought up a potential out.

"We thought, 'Okay, maybe others aren’t going,'" she told the host. "So we called the Bushes and the elder Bushes were in the hospital, which I think was legitimate."

But once they found out the Bushes and the Carters were attending, she knew the ruse was up.

"Bill and I looked at each other and said, ‘Well, we gotta go,'" Clinton said.

Watch her discuss attending her former rival's inauguration below, via BBC.