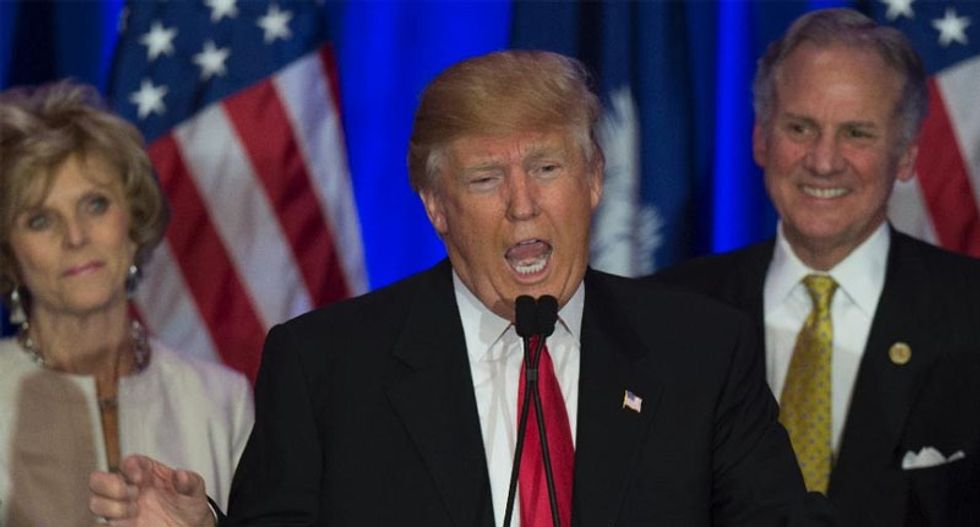 It may seem odd to use a text from ancient Greece to try to understand and explain Donald Trump.

But please indulge me as a scholar of political theory and philosophy. Like the rest of the world, I’ve been trying to make sense of the U.S. president.

Xenophon’s Hiero explains, to a great degree, what might drive a man like Trump and the double-edged nature of his success.

Simonides’ initial argument is that average citizens in their private lives get great pleasure from the sensual activities of life and the joy of owning objects. He reasons that a tyrant’s life, therefore, must be even more pleasurable because a tyrant would have access to all the physical pleasures of life. Hiero, the tyrant, disagrees, stating:

“… tyrants have much fewer pleasures than private men who live on modest means, and they have far more and greater pains.”

What’s more, even if a tyrant is enjoying public festivities or lavish meals, he can never enjoy the simple pleasures of life because of a lack of trust and due to being accustomed to plentiful riches.

Hiero also complains he can never truly trust the opinions of his advisers, something Trump too has reportedly griped about since becoming president. But the president’s distrust and disregard for his advisers was evident even before his time in the White House and witnessed in the simulated world of The Celebrity Apprentice.

In a famous scene from the reality program hosted by Trump, he asks his celebrity apprentices whether he should run for president. Of course, no one objects, and for good reason given Trump himself states that anyone who does will be sorry.

Of course, reading too much into this exchange, framed in a comedic tone, would be reckless. Yet the profound truth of it is plain; a man with wealth and power will find it difficult to enjoy mutually trustworthy and respectful relationships with his advisers.

Some of the most insightful passages of Hiero come from the segments where Hiero addresses the personal life of a tyrant. In the realm of marriage, tyrants, according to Hiero, are constrained because:

That reasoning, fleshed out further in the text, holds that marriage is only pleasurable when it elevates the status of the couple. There is truth in this for almost any wealthy person. How can a couple with immense wealth inequality believe they’re together because of love rather than greed? Does Melania Trump, born of modest means in Slovenia, truly love Trump? Things seem chilly here:

The dilemma is, perhaps, one of the most profound problems that the tyrant must face: He cannot love and cannot be loved.

The inability to love or trust anyone leads to a fundamental problem of governance. Hiero grieves, saying that tyrants:

Perhaps this explains Trump’s hand-picked cabinet, including the selection of Rick Perry to head the Department of Energy. This is a portfolio that was helmed by a Nobel Prize-winning physicist under President Barack Obama. During the George W. Bush administration, a co-founder of the Harvard Journal of Law and Public Policy held the job.

Perry, on the other hand, is famous for his “oops moment” in 2011 in which he forgot the departments he wanted to cut, including Energy.

Xenophon explains that Heiro cannot trust people who have motives outside of self-interest. He can understand this singular aspect of their character and can trust it because, as a self-motivated person himself, at least he knows where they’re coming from.

So what am I trying to say about Trump? It’s this: The president of the United States has a classical tyrannical soul. Heiro provides us with some insight into what a tyrant wants and what fuels his ambitions.

Trump is not a unique phenomenon in this respect. We all likely have tyrannical portions of our psyche — some of us want constant adoration, gratification and ever more material objects to both enjoy for ourselves and to make others jealous. This is the easy part of a tyrant to understand.

Perhaps this is why Trump connects with his supporters on at least one level. He is seemingly uncomplicated by a sense of remorse or good taste when it comes to his ambition to dominate others and show off his wealth. He is unabashed and unapologetic.

Some of us might see his wealth and power and feel jealousy that we cannot also parade our vanities as obviously and garishly as he does.

Thankfully, however, few of us embrace the tyrannical parts of our psyches with as much spectacle.