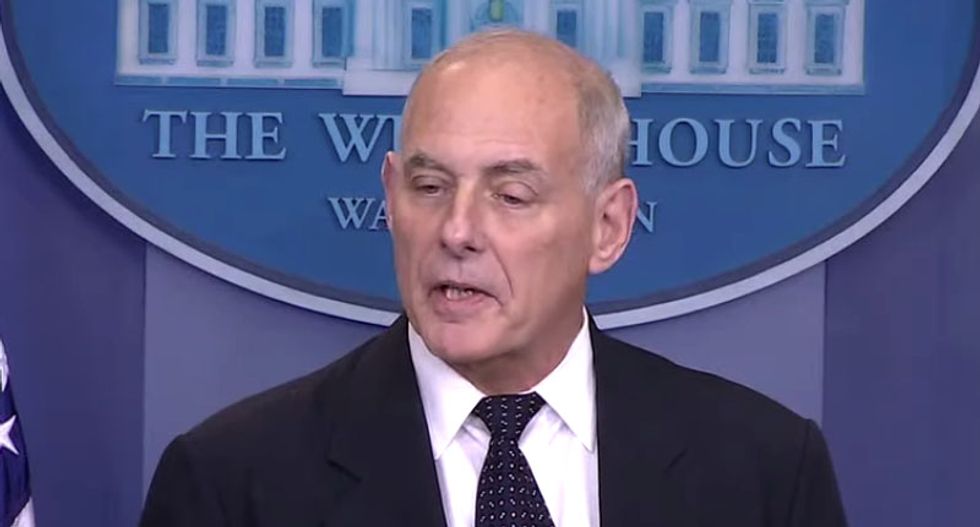 Tuesday's surreal briefing by press secretary Sarah Huckabee Sanders was blasted by CNN reporters and analysts, who took a lecturing tone to explain the numerous absurdities claimed from the White House podium.

"When she said that Kelly's appearance should have been the end of the story, well first of all, the White House doesn't get to determine when stories end or begin or how they get covered, that's our job in the press, and Sarah Sanders knows that," Charlian noted. "Second of all, how can she possibly say with a straight face that general Kelly's appearance in the briefing room should be the final word on this, when those words, we know know to be, inaccurate."

White House seems to have lost a great deal of credibility during this scandal.

“I also agree with David, this notion that somehow no one can question Gen. Kelly because he is a military man, is dangerous, I mean, it’s frightening. It’s absurd," CNN correspondent Nia-Malika Henderson. "And, of course, no one is going to pay attention to that, certainly no one in the press.”

"He's no longer a four-star general any more than I'm...a two-star admiral," Kirby explained. "I'm proud of my service, but that part of my life is over."