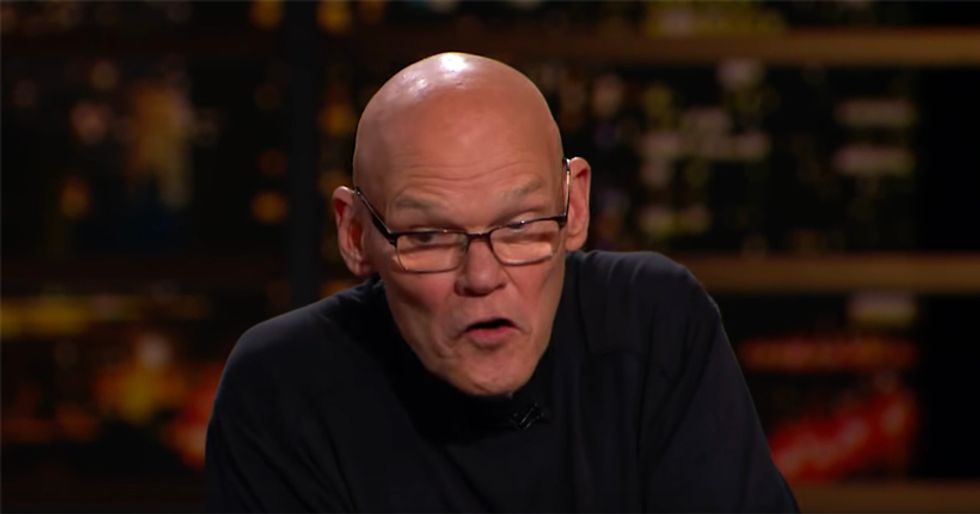 Appearing on the Overtime segment of HBO's Real Time, Democratic strategist James Carville went off on an entertaining rant, complaining that it is hard for Democrats to win elections because they refuse to bald-face lie like Republicans.

Speaking with host Bill Maher, Carville's complaint was particularly timely as the Trump administration is under attack after White House Chief of Staff John Kelly has been called out about lying about a black congresswoman from Florida.

"Lying doesn't get you very far in the Democratic Party," Carville began as he compared Democrats to Republicans. "They will all come out of the woodwork if you say tax cuts create surpluses as they do. You're a Democrat, you can't run against immigrants. You just can't do it, if you did you wouldn't be a Democrat."

As the panel moved on to other topics, Carville once again returned to Republican lying.

"All of these people, they document this," he said of GOP campaign promises and statements on topics like global warming. "It's overwhelming the number of lies they call them out on. But people don't care! They don't care."

"And if you ask yourself, why , when yo go back and looks at how many special counsels, independent prosecutors, et cetera, et cetera, are Republicans?" he noted. "You know how many there are? All of them! Because if a Republican is under the investigation, we can't have a Democrat investigator."

"Why is there never a Democratic independent counsel?" Carville asked. "It's because we accept the fact that they will raise hell and not pay attention to what a Democrat says."