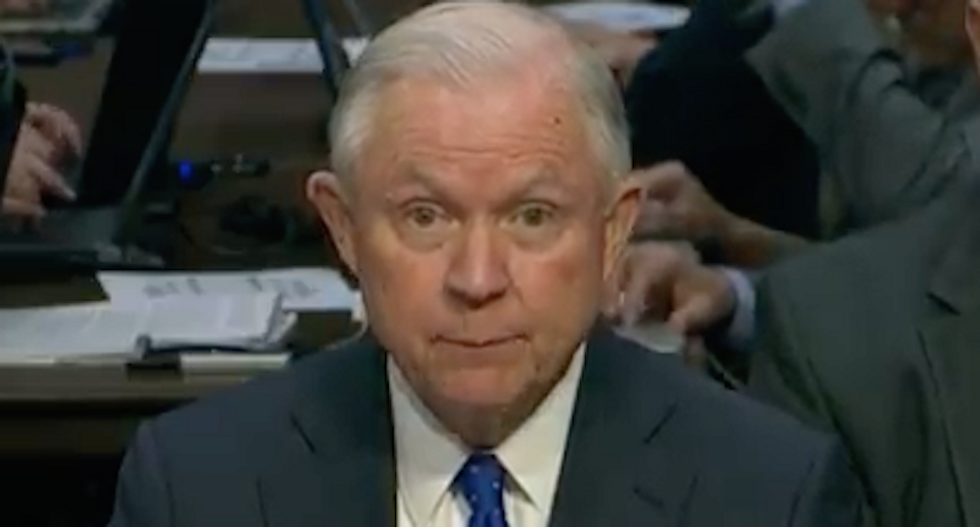 Attorney General Jeff Sessions told the Senate Judiciary Committee that he would essentially invoke executive privilege until the president told him he did not have to.

The attorney general testified Wednesday morning before the panel, where he complained during his opening statement that minority Democrats had "demanded" to know whether the president would invoke executive privilege on his testimony.

Instead, the president didn't have to do so.

"It is an important matter, but consistent with a long-standing policy and practice of the executive branch, I can neither assert executive privilege, nor can I disclose today the content of my confidential conversations with the president," Sessions said.

"Under the administration of both parties," he continued, "it is well-established that a president is entitled to have private, confidential communications with his Cabinet officials -- his secretary of state, secretary of defense, the secretary of the treasury, and certainly his counsel and the attorney general of the United States, which provides counsel. Such provisions are within the core of executive privilege."

Senators questioned Sessions about the decision-making process that led to the firing of former FBI director James Comey, which the president said the attorney general and deputy attorney general Rod Rosenstein recommended.

"Until such time as the president makes a decision with respect to this privilege, I cannot waive that privilege myself or otherwise compromised his ability to assert it," Sessions added. "As a result, during today's hearing and under these circumstances today, I will not be able to discuss the content of my conversations with the president. I understand you have an important oversight responsibility today, and I hope you respect this long-standing practice and respect the duty that I feel and that I face."

Sen. Dianne Feinstein (D-CA) asked Sessions whether Trump said firing Comey would "lift the cloud" over him, but the attorney general said those conversations are "confidential.