Johnny Cash's daughter: Country musicians must stand up to NRA because 'they fund domestic terrorism' 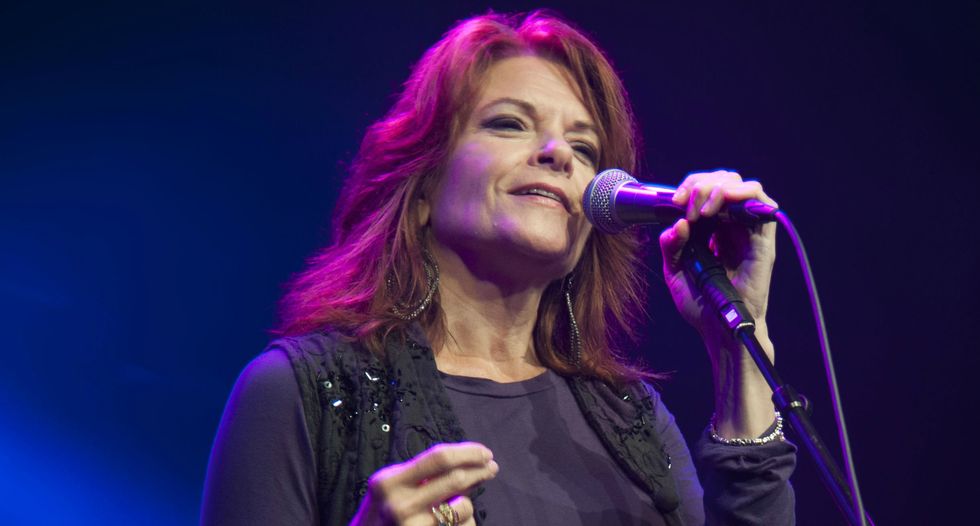 In a scathing New York Times op-ed, Rosanne Cash, the daughter of the legendary Johnny Cash and his first wife Vivian Liberto, denounced the NRA -- and called on her fellow country musicians to join her.

Cash has been a gun control activist for two decades, and in the wake of the deadly attack on a country music festival in Las Vegas Sunday night, she believes more musicians need to follow the lead of Caleb Keeter, a guitarist who played at the attacked festival and reversed his pro-gun stance yesterday.

"For the past few decades, the National Rifle Association has increasingly nurtured an alliance with country music artists and their fans," Cash wrote. "You can see it in 'N.R.A. Country,' which promotes the artists who support the philosophical, if not economic, thrall of the N.R.A., with the pernicious tag line 'Celebrate the Lifestyle.'"

"That wholesome public relations veneer," she continued, "masks something deeply sinister and profoundly destructive. There is no other way to say this: The N.R.A. funds domestic terrorism."

Cash went on to claim that "a shadow government exists in the world of gun sales."

"The people who write gun regulations are the very people who profit from gun sales," she wrote. "The NRA would like to keep it that way."

"I encourage more artists in country and American roots music to end your silence," Cash wrote. "It is no longer enough to separate yourself quietly. The laws the N.R.A. would pass are a threat to you, your fans, and to the concerts and festivals we enjoy."

"The stakes are too high to not disavow collusion with the N.R.A," she concluded. "Pull apart the threads of patriotism and lax gun laws that it has so subtly and maliciously intertwined. They are not the same."

Last month, Johnny Cash's record label issued a cease and desist to white supremacist site Stormfront for using The Man in Black's cover of the late Tom Petty's "I Won't Back Down."