Kaepernick's 'collusion' lawsuit to be centered on Trump's influence over NFL owners: report 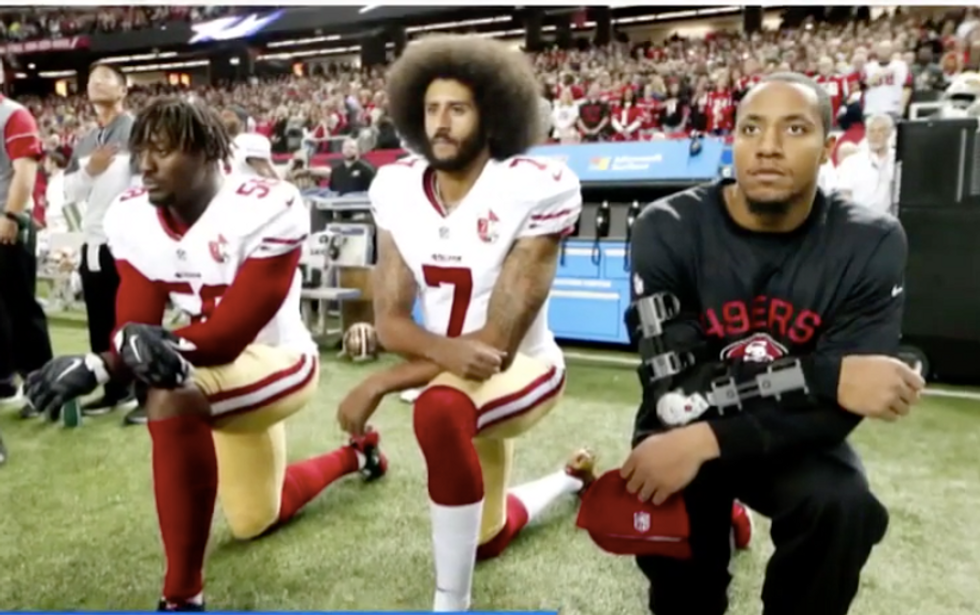 Former 49ers quarterback Colin Kaepernick's grievance lawsuit will be centered around the influence President Donald Trump has wielded over NFL owners and the league at large.

According to CBS News, Kaepernick's grievance alleging "collusion" among NFL owners to keep him out of the league after Trump repeatedly stirred up criticism of the quarterback's protests against police brutality may include the president's tweets and statements.

Last month, Trump resurrected his criticisms of the now-free agent QB when he referenced Kaepernick's "take a knee" protests and called players who engage in it "sons of b*tches." He's since tweeted repeatedly about the protest, prompting more players across different sports and levels of play to take a knee on the field which then leads to punishment by their team leaders.