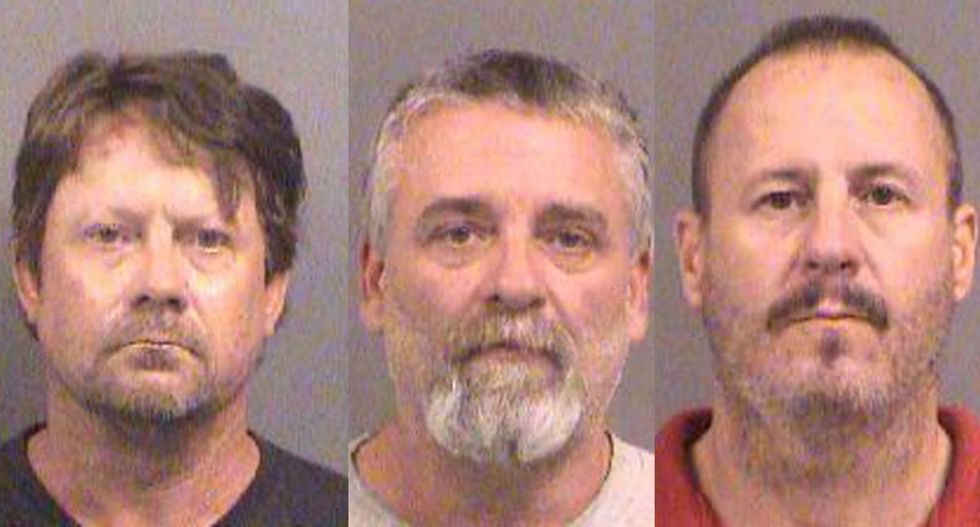 Three Kansas men being held by federal authorities allegedly plotted to blow up a Muslim mosque and an apartment building predominantly occupied by Somali refugees.

According to WRAL, one member of a Kansas militia group wore a wire while members of a splinter group of the Kansas Security Force that called itself "the Crusaders" discussed the proposed attacks on Muslims in their community.

The three men were identified as Patrick Eugene Stein, Gavin Wright and Curtis Allen, with all three men facing charges of conspiracy to use a weapon of mass destruction and conspiracy against civil rights for the terrorist attack which was planned following the 2016 election.

According to the report, the men met in August of 2016 and planned the attack on a Garden City apartment complex and discussed how to create homemade bombs, while picking out various targets where Muslims congregated.

"Oh hell yes, you'll have everybody in that whole complex in that prayer room, I guarantee you that," Wright is quoted in a transcript as saying, adding that he also wanted to kill the landlord of the apartment complex, which would send  a message that "any of you people rent to these motherf*ckers we're going to start knocking you all off."

In a transcript Wright states that he hoped the attack would "wake people up" and inspire others to take similar action against Muslims, with Stein agreeing, "This is just a beginning."

According to Wright's attorney, the accused man claims he didn't think his fellow militia members actually intended to carry out the attack, saying he was new to the area and attempting to make friends. Prosecutors dispute the claim saying Wright created and tested the homemade bombs, when he wasn't hosting group meetings at his business, G&G Mobile Home Center -- where investigators later found explosives.