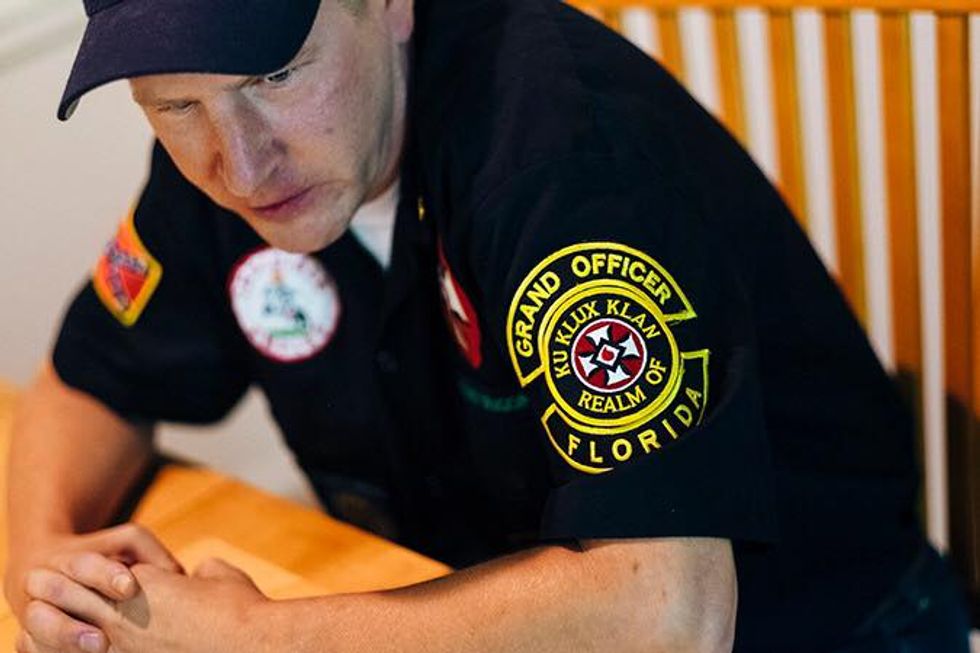 Students at Jacksonville, Florida's University of North Florida were shocked when they discovered their "normal"-looking classmate is a KKK "grand dragon."

In interviews with The Tab, UNF students describe their interactions with Ken Parker, a well-known racist profiled multiple times for his hateful ideology.

Monique, a social studies education student who shares a Civil War and Reconstruction History class with the bigoted political science major said "you would never know he was the Grand Dragon of the KKK."

"Honestly, he seems like a regular white guy. He's very quiet," Monique said. "You would never think he would advocate for the genocide of black people."

She went on to say that it's unsurprising to find this type of organized bigotry in Jacksonville, it's still discomfiting.

"It does make me feel unsafe," she said. "I haven't had time to process it. I can't even believe it."

Her one tip-off of something peculiar about Parker came during a class discussion about Jacksonville teen Jordan Davis, who was shot by a white man named Michael Dunn who thought he was playing his music too loud. She said Parker's views on Davis' murder were "reactionary."

Upon discovering Parker's identity, another student is calling for UNF to expel Parker, who has reportedly left the Klan for the neo-Nazi Nationalist Socialist movement.

"I would like to see the university address this more directly," sociology student Casey Craig told The Tab. "This is a very crucial time for race relations and acceptance in America. Should he not be removed or asked to leave, students should be offered more protection and assurance that their rights will not be violated or endangered."

Parker has been profiled by the Southern Poverty Law Center and other organizations and publications, and is referred to as the Florida Grand Dragon of the Loyal White Knights of the Ku Klux Klan.