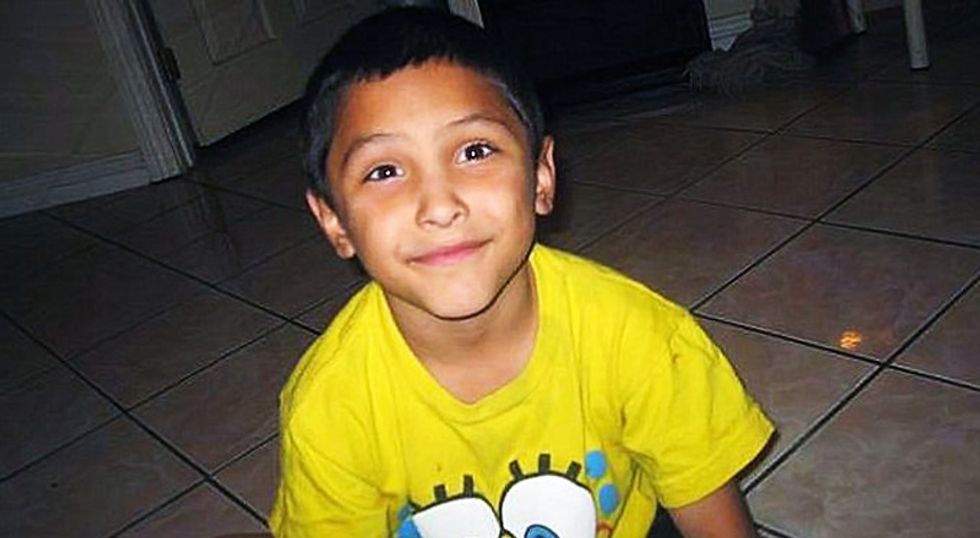 In opening statements in the trial of an Los Angeles man accused of killing his girlfriend's 8-year-old son, prosecutors state the boy was tortured to death because the boyfriend thought he was gay.

According to KTLA, Isauro Aguirre is facing a charge of murder with a special circumstance of torture in the death of Gabriel Fernandez on May 22, 2013.

While Aguirre's attorney admitted that his client assaulted the boy because he claimed the child wanted his mother to leave him, prosecutors painted a picture of constant abuse that eventually led to death.

According to prosecutor Jon Hatami, Aguirre -- with the help of the child's mother, Pearl Fernandez -- beat Gabriel, bit him, burned him with cigarettes, whipped him, shot him with a B.B. gun, starved him, fed him cat litter and kept him gagged and bound.

As the child lay dying, his mother and Aguirre called 911 for help, but it was too late and Gabriel died two days later in a local hospital.

According to the paramedic who responded to the call, “It was just unbelievable amount of trauma on his body."

According to the prosecutor, Aguirre made the 8-year-old dress up in girls' clothes and added that Aguirre didn't like Gabriel, believing the boy was gay.

“The evidence will show that the defendant is nothing more than a bully," Hatami said of the Six-foot-2-inch, 270-pound Aguirre. "He was a security guard who intentionally tortured and abused a helpless and innocent little boy.”

Prosecutors will also introduce text message evidence of Aguirre and the boy's mother -- who will be tried separately -- discussing harming the child.

According to the report, four Los Angeles social workers who were assigned to Gabriel's case are currently under investigation.

You can watch the KTLA report below: