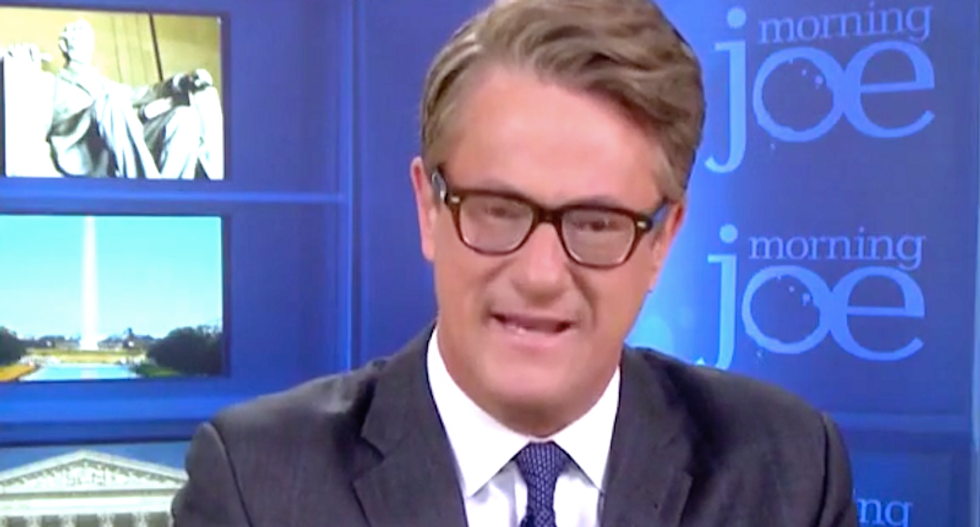 MSNBC's Joe Scarborough ripped congressional Republicans and conservative Christians for allowing themselves to be used by President Donald Trump.

The "Morning Joe" host questioned why Senate Majority Leader and House Speaker Paul Ryan continued to humiliate themselves by appearing alongside the president, who repeatedly attacked and undermined them.

"For some reason, for all of their collective wisdom, Mitch McConnell and Paul Ryan have never understood that they are a separate and equal part of the legislative branch," Scarborough said.

Conservative commentator Bill Kristol said there was a simple explanation for their acquiescence.

"They want to get tax cuts," Kristol said. "Tax cuts is a huge, shiny bubble that justifies humiliating yourself."

MSNBC political analyst Mike Barnicle said the Trump presidency and current GOP majorities were built on "duplicity and fraudulence," and Scarborough said the conservative movement no longer stood for anything.

He contrasted the president's words and deeds with the most essential biblical teachings purportedly followed by conservative Christians who cheered Trump at the Values Voter Summit.

"You look in Matthew and go through the Beatitudes, every single Beatitude, you go through Jesus' teaching, what he says he wants people to be," Scarborough said. "Donald Trump is the antithesis of just about every single thing that Jesus Christ said on the Sermon on the Mount. Go read it. None of us are perfect, but he goes out of his way, it seems, to thumb his nose at all conventions, including the basics of the Beatitudes."