Morning Joe: Trump ‘so out of it’ he doesn’t understand how close he is to impeachment 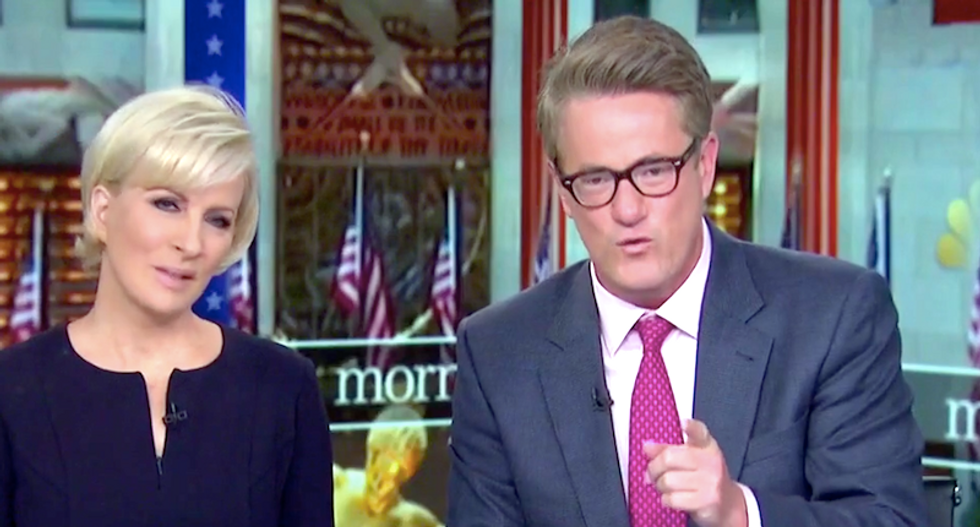 MSNBC's Joe Scarborough warned President Donald Trump may be "sealing his own fate" by attacking Republican senators who can not only derail his legislative agenda, but also remove him from office.

The "Morning Joe" host walked through the president's angry tweets against Sen. Bob Corker, pointing out each of the lies he found, and said the Tennessee Republican's response showed he was ready to fight Trump.

"Someone should have told the president Corker is not a stooge," Scarborough said. "He's not going to back down to your tweets. You're going to shoot yourself in the foot time and time again, as you did all day."

Corker slapped back at Trump on Twitter, and he laid out his serious concerns that the president was unstable and unfit in a New York Times interview -- and the senator said nearly all of his colleagues agreed.

"This is the thing he doesn't understand -- I mean this, the president is so out of it, he doesn't understand," Scarborough said. "That if you attack Bob Corker, a guy who started a business on his own, became unbelievably successful in his 30s, has always been a success, a mayor, two-term senator. You attack this guy, he's not scared of the president, and he's got nothing to lose. The damage that Donald Trump did additionally to his presidency (Sunday) is unspeakable."

Scarborough said the president had, at the very least, lost a crucial vote on tax reform -- but he said Corker could initiate the process to remove Trump before retiring from the Senate.

"If impeachment does come up, I wouldn't be surprised if Bob Corker and John McCain and Susan Collins and Lisa Murkowski and Jeff Flake and all these Republicans that he's going after, if he's, again, not sealing his own fate and, hopefully, there's one or two Republicans out there that I haven't mentioned who said, you know what, this is just too dangerous for our country. I really don't think this man is stable and I do not think he's fit, and I think we need to start talking about other alternatives. All that unleashed by Donald Trump."