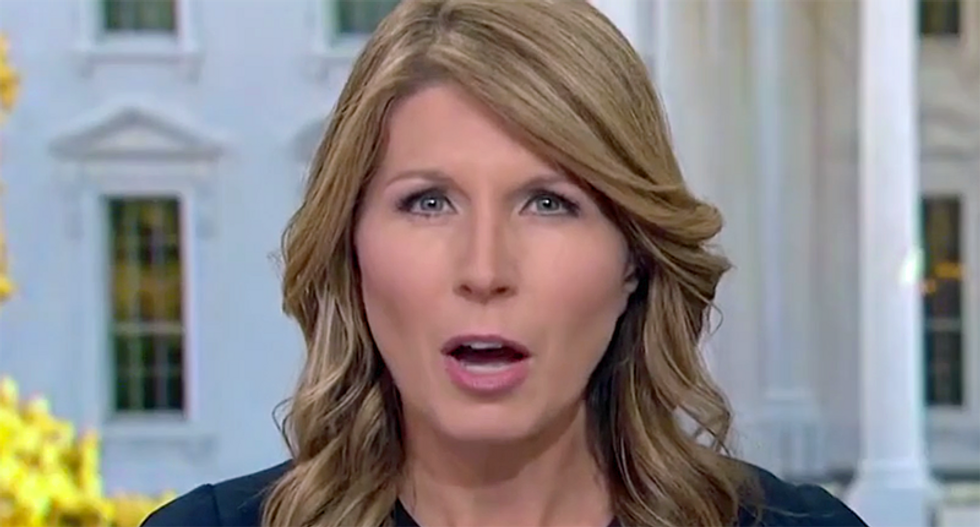 MSNBC anchor Nicolle Wallace upbraided President Donald Trump for trying to politically exploit the slain son of his chief of staff as rationalization for the president's false claims about his Oval Office predecessors.

“I started this show one day by saying that the bottom was calling, it wanted to know if we were there yet,” MSNBC anchor and former George W. Bush White House communications director Nicole Wallace reminded. "It feels like the right time to re-up the question."

"Is anything sacred?" Wallace wondered, in disbelief over Trump continuing to question how previous presidents contact families of those who make the ultimate sacrifice.

"Covering a man for who scandals and mistruths are served up in Costco-sized portions overwhelms the circuits, but here are some of the previous moments that we thought represented the bottom at the time they occurred," Wallace explained, while introducing a video montage of some of Trump's most embarrassing efforts to find the bottom.

"So it turns out, with this president, there’s always a lower rung from which to swing," Wallace said angrily, explaining Trump invoked of Kelly's son, Marine 1st Lt. Robert Kelly, who was killed in Afghanistan in 2010.

Trump apparently finally called the widow of US Army Sgt. La David Johnson, who was killed in Niger.

Watch Nicole Wallace attempt to answer if anything is sacred: