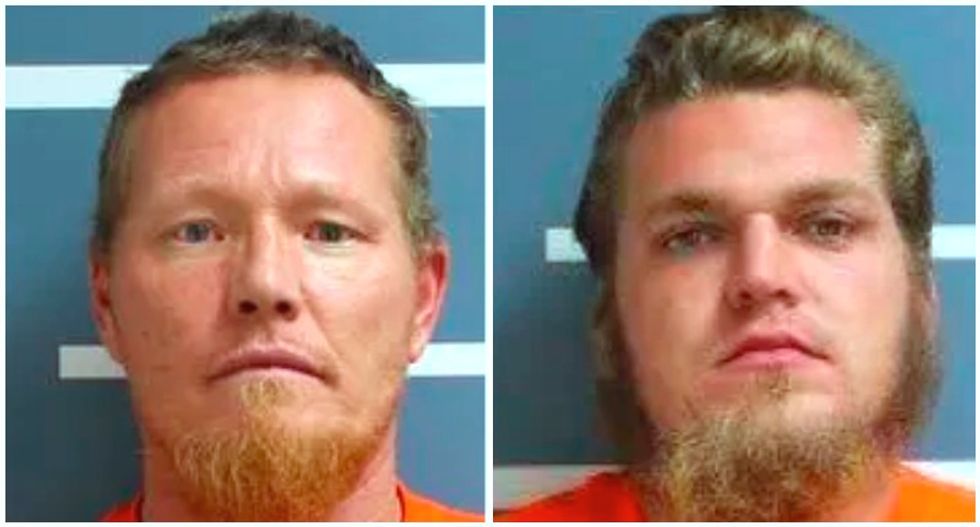 The 60-year-old black man is expected to survive multiple stab wounds and other injuries after a confrontation with two white men, reported the Visalia Times-Delta.

The assailants -- identified by police as 39-year-old Jodan Peck and 25-year-old Hadden Kennedy -- were known to their Goshen neighbors as racists, and detectives believe the attack was racially motivated, reported KFSN-TV.

The victim's family said the two men stuck around after the Sunday afternoon attack, as the man lay bleeding in the street, and threatened neighbors who tried to help.

"(They were) making faces, saying he got what he deserved -- I mean, just like a kid when you're little and hold your hands up and stick your tongue out, they were doing that," said the victim's sister-in-law, Linda, who asked to use her first name only.

The suspects live just a block away from the victim, who was airlifted to a hospital for treatment, and had been harassing the man for days, according to neighbors.

"It's a very sad situation," neighbor Gina Torrez told the Times-Delta. "Seems like a racially motivated hate crime, so upsetting that these issues are still present. I know the victim personally. He's always been very warm and pleasant with me (and) he's helped me several times with putting my trash out."

Peck and Kennedy were each arrested on attempted homicide and hate crime charges.

"A victim of a violent crime suffers from physical injuries of the assault and also from the mental trauma that comes with an attack," said Tulare County District Attorney Tim Ward. "What can make a violent attack even more egregious, more traumatic, more hurtful, is when that attack was motivated by something as vile as racial hatred."

Peck's wife told the newspaper that her husband and son-in-law had prior run-ins with the victim, who she said had previously threatened to "blow them up" -- but she said the man was not charged because he didn't specify that he would use a bomb.

The wife, Erin McNutt, said the black man threatened her family with a baseball bat during the altercation that led to the stabbing.

“It happened so fast,” McNutt said. “It may not have been the best to stab him but it wasn't about race. It escalated to that point.”