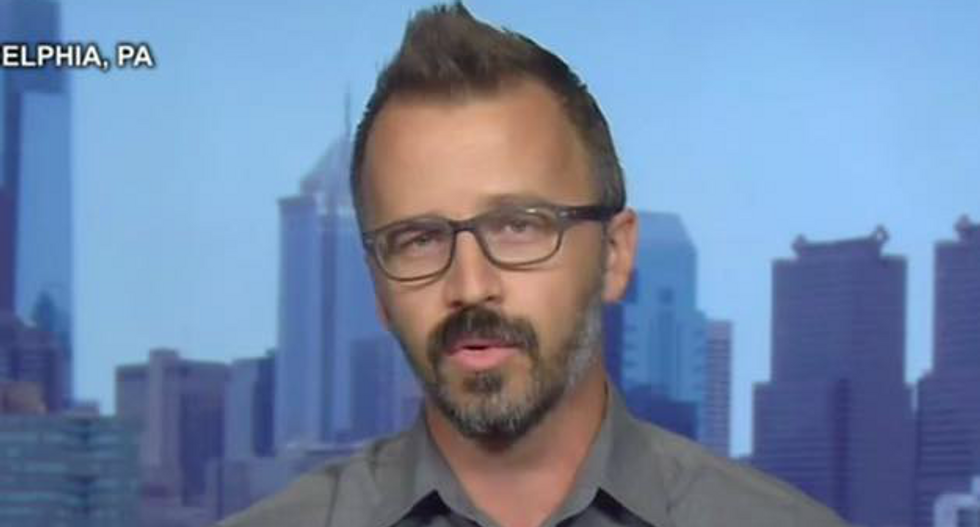 As Philadelphia's CBS affiliate reports, Prof. George Ciccariello-Maher tweeted "it's the white supremacist patriarchy, stupid" in reference to the Vegas shooting the morning after the attacks.

"It is the spinal column of Trumpism, and most extreme form is the white genocide myth," he continued. "Yesterday was a morbid symptom of what happens when those who believe they deserve to own the world also think it is being stolen from them."

"White people and men are told that they are entitled to everything," Ciccariello-Maher wrote. "This is what happens when they don't get what they want."

The story was picked up by Fox News, the conservative Daily Caller and Breitbart soon after Ciccariello-Maher's tweets started gaining attention, and people began making "illegal threats" at him as they went more and more viral.

"I will beat your skull in till there is no tomorrow" read one of the treats sent to the professor that he republished in a Washington Post op-ed. Another troll incorrectly identified him as Latino when they called him a "greasy South American a**hole."

Though Drexel claimed to have put the associate professor on leave to protect "the safety of Drexel’s students, faculty, professional staff...due to a growing number of threats directed at" Ciccariello-Maher, his op-ed claims otherwise.

"By bowing to pressure from racist internet trolls, Drexel has sent the wrong signal: That you can control a university’s curriculum with anonymous threats of violence," he wrote in the editorial published Tuesday morning.

Last year, the professor came under fire for a satirical tweet claiming "All I Want for Christmas is White Genocide." He later clarified that the tweet was meant to highlight many right-wingers fears that white people will be ethnically cleansed by people of color.

"'White genocide’ is an idea invented by white supremacists and used to denounce everything from interracial relationships to multicultural policies," he said during a speech last year. "It is a figment of the racist imagination, it should be mocked, and I’m glad to have mocked it."

You can read some of Ciccariello-Maher's tweets that offended right-wingers online below.