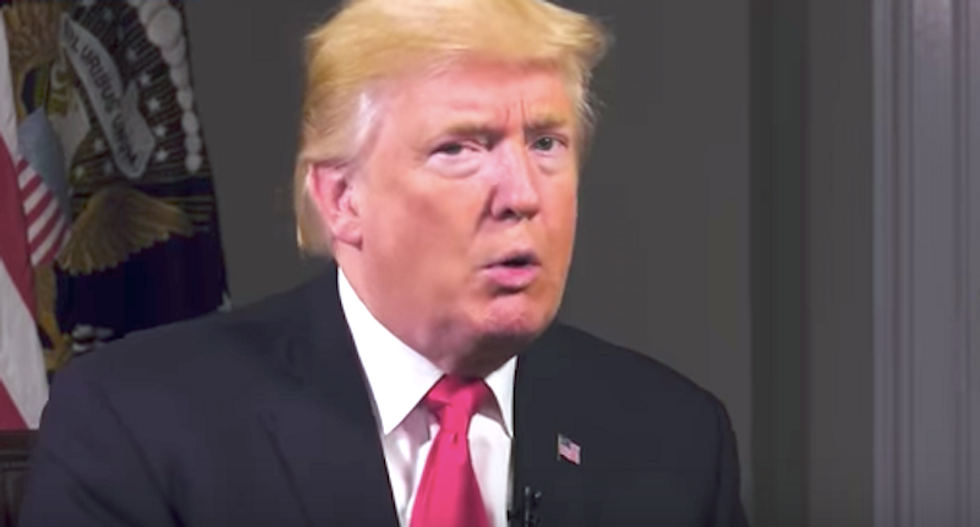 A group of psychiatrists, psychologists and other mental health professionals marched through New York City on Saturday to call for President Donald Trump to be removed from office, said The New York Post.

More than 120 mental health professionals marched along Lower Broadway to publicly advocate for the presidential Cabinet to invoke the 25th Amendment and end Trump's presidency. The amendment allows for a cabinet to oust a president from office should they become "unable to discharge the powers and duties" of the presidency.

“We can sense the power of Trump’s underlying fear that he is worthless and weak by how intensely he resists and retaliated against any criticism,” said Cornell University psychologist Harry Segal to the Post. “No matter how minor, he can’t let anything go.”

“We’re actually suffering from his narcissistic personality,” said clinical psychologist Michelle Golland. “He has no empathy. You can feel it, the way he spoke about the San Juan mayor... She has PTSD and our president mistreats her. She is re-victimized. That is a narcissist.”

The group is part of a national coalition of mental health professionals called "Duty to Warn," who are sidestepping a half-century of tradition by speaking openly about the mental health of a public figure who they do not personally treat.

The so-called "Goldwater Rule" is actually Section 7 of The American Psychiatric Association's (APA) Principles of Medical Ethics, which states that it's unethical to publicly speculate about public figures' mental health. After Fact magazine devoted a full issue in 1964 to dissecting the mental health of then-presidential candidate Sen. Barry Goldwater (R-AZ), Goldwater successfully sued the magazine's editor for libel in the Goldwater v. Ginzburg case.