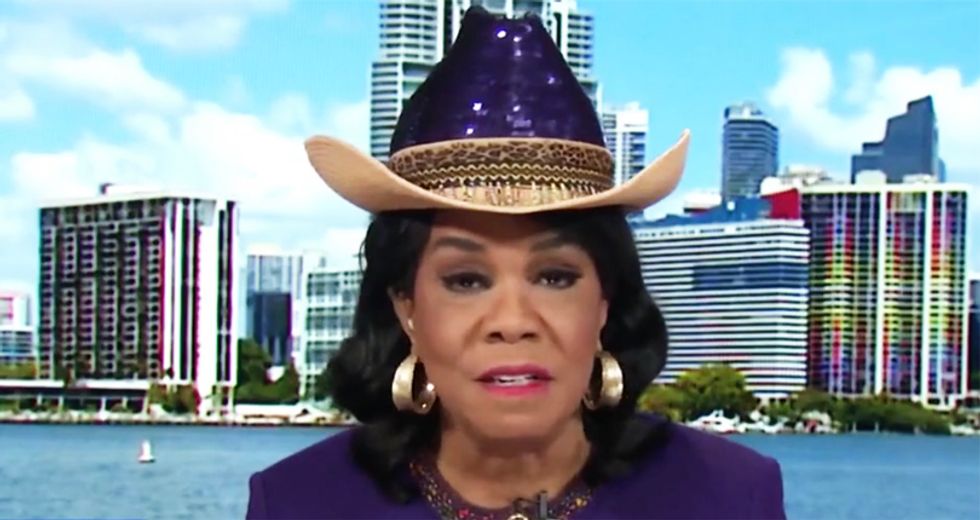 Speaking with MSNBC host Joy Reid, Rep. Frederica Wilson (D-FL) fired back at President Donald Trump's chief of staff, saying the former general is nothing more than a "puppet" for his boss now.

Addressing Gen. John Kelly's comments calling her an "empty barrel" and lying about her comments on the dedication of a new FBI building in her district on AM Joy, Wilson didn't pull any punches when it came to the former Marine.

"I want to ask you, Rep. Maxine Waters indicated John Kelly owes you an apology, and he did get the story wrong about the dedication of the FBI building in your district," host Reid prompted. "Would you like to have an apology from John Kelly?

"You know, John Kelly is almost --" Wilson began before pausing. "I guess you could say he was a puppet of the president and what he was trying to do was divert the attention away from the president and onto me, and he basically just lied on me."

"I don't like and I don't appreciate people lying on me and that's what he did," she explained. "I have been in politics a long time and most things don't bother me, you know -- it just rolls off my back. I have been lied on before, but the character assassination that he went through to call me out as an 'empty barrel,' and all of the work that I have done, not only does he owe me an apology, but he owes an apology to the American people, because when he lied on me he lied to them."

"So, yes, he owes the American people an apology for lying on one of their congresswomen," she concluded.