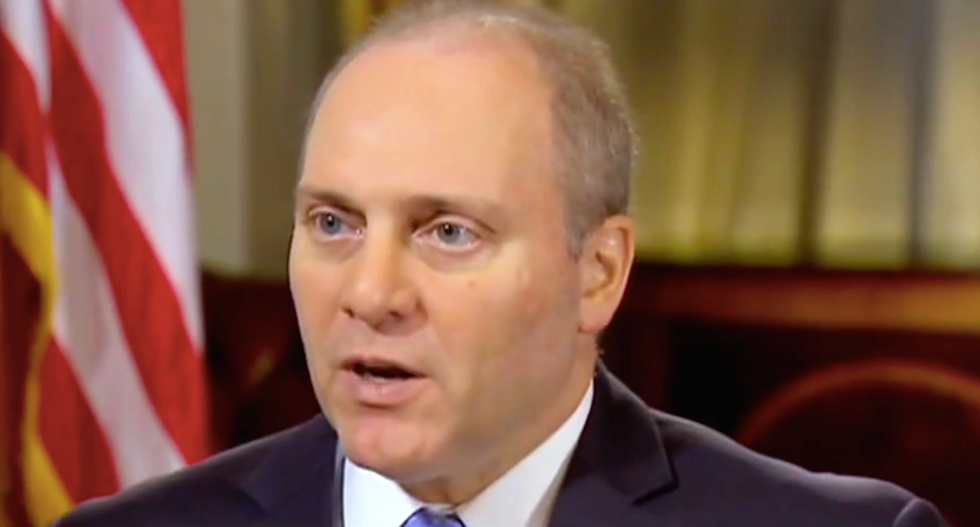 Rep. Steve Scalise (R-LA), who was shot and badly wounded over the summer, complained the media did not often report the good news about guns.

The Louisiana Republican, who returned to Congress last week after the June shooting, said the Las Vegas massacre had "fortified" his support for largely unfettered gun rights, reported Fox News.

"When there is a tragedy like this, the first thing we should be thinking about is praying for the people who were injured and do whatever we can to help them, to help law enforcement," Scalise said. "We shouldn't first be thinking of promoting our political agenda."

He rejected calls for new gun restrictions to limit access to military-style weaponry used by a Nevada gunman to kill 59 people and wound more than 520 other concert goers a block away from a 32nd-floor hotel room.

"I think we see too much of that where people say, 'OK, now you have to have gun controls," Scalise said. "Frankly, what I experienced was when there was a shooter, we had -- luckily we had Capitol police there with their own guns."

Scalise suggested the media suppressed stories about lawful gun owners using their weapons as designed, but against people who presumably deserved to die.

"Every single day in America, regular citizens that just have a passionate belief in the Second Amendment that have their own guns use guns every single day to protect themselves against criminals," the lawmaker said. "Those stories never get told or hardly ever get told. That's a different side of the story that I think is important."

Steve Scalise speaks out after Las Vegas massacre: The first thing we should be thinking about is praying not our political agenda pic.twitter.com/zhvdNSdife