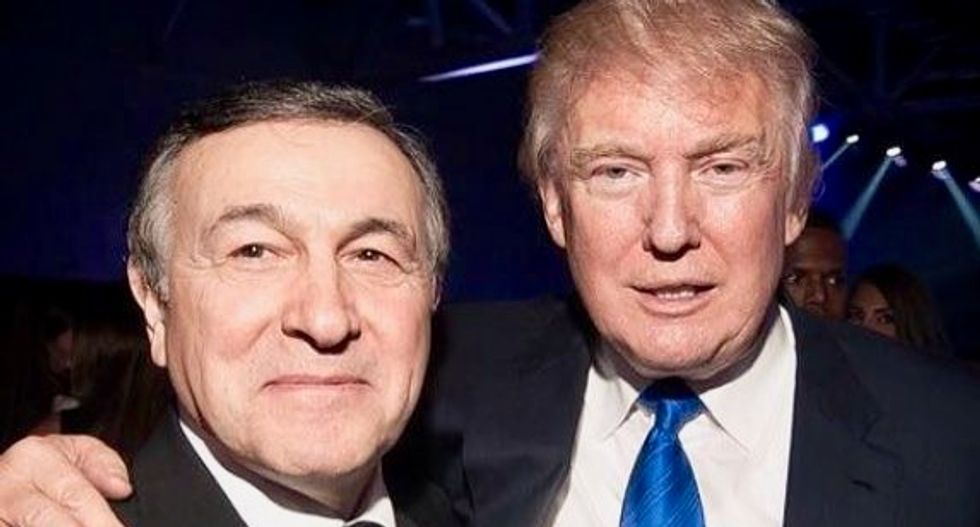 The attorneys for a Russian billionaire and his pop star son say they never promised information about Hillary Clinton to lure Donald Trump Jr. into a meeting during the presidential campaign.

Scott Balber, who represents Aras and Emin Agalarov, provided CNN with an email exchange and a five-page talking points memo intended to show the June 2016 meeting at Trump Tower did not amount to collusion between Russia and the GOP campaign.

The emails show Russian lawyer Natalia Veselnitskaya asked the morning of the meeting to have a Russian-American lobbyist added to the get-together due to his knowledge of the Magnitsky Act, which imposed U.S. sanctions on dozens of wealthy Russians.

Balber said the emails between Veselnitskaya and British publicist Rob Goldstone prove the Russian attorney, who was in the U.S. to lobby against the sanctions, was focused on overturning the 2012 legislation.

He insisted that the message was garbled when it was passed like a game of telephone from Veselnitskaya through the Agalarovs to Goldstone, and he accused the publicist of exaggerating or even lying to attract the Trump campaign's interest.

"The documents and what she told me are consistent with my client's understanding of the purpose of the meeting which was from the beginning and at all times thereafter about her efforts to launch a legislative review of the Magnitsky Act," Balber said.

Goldstone promised damaging information on Clinton in the subject line of his initial email to Trump Jr., who quickly agreed to the meeting and forwarded the exchange to Paul Manafort and Jared Kushner -- who also attended.

The president's son initially claimed the Russian attorney only discussed an adoption ban, which was imposed by Russian president Vladimir Putin in response to the sanctions.

Former special prosecutor Ken Starr, whose investigation led to the impeachment of President Bill Clinton, said Saturday that he expects Mueller's probe to lead to indictments of both Trump campaign associates and foreign nationals.