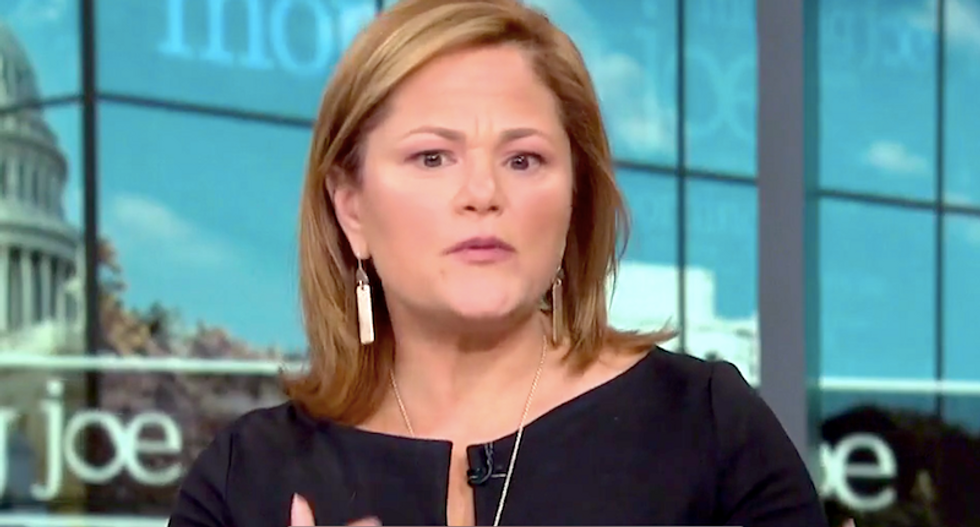 Melissa Mark-Viverito, the speaker of the New York City Council, blasted President Donald Trump's cruelty toward the hurricane-ravaged U.S. territory where she was born.

The Puerto Rican-born Mark-Viverito appeared Tuesday on MSNBC's "Morning Joe" to discuss the ongoing relief efforts after Hurricane Maria -- which Trump threatened to end last week in a tweet.

Host Joe Scarborough said he was reluctant to view politics through race, but he said it was nearly impossible to escape the conclusion that the president was bigoted against Latinos -- including the U.S. citizens suffering in Puerto Rico.

"Is it not hard to look at Donald Trump's history, how he launched his campaign for president of the United States, how he has acted every step of the way and look at the uneven treatment between Texas and Puerto Rico, Florida and Puerto Rico," Scarborough said, "the rest of the country and Puerto Rico -- and not say, that this unequal treatment has to do with race?"

"I don't understand what is going through the mind," Mark-Viverito said. "This is pathological behavior -- it is sadistic, it is sociopathic. I'm very serious, this is a level of lack of empathy that just is egregious, so we have to call it out for what it is."

Do not be alarmed, but consider this article a prediction and a warning. Actually, it's okay to be a little alarmed, because recent events—like the storming of the Capitol—are certainly cause for concern. Let's call it what it is; Donald Trump has created a cult and radicalized its members. QAnon also shares a large part of the responsibility, whoever they are. We may not be able to see it because Trump has been banned from Twitter and Q conversation cleaned from social media, but behind the scenes, this cult is being transformed into an army of soldiers.

How do we know that it is as serious as I say; that this is not just more fear mongering? Well, for one, people have died. Heather Heyer, a counterprotester protesting the Unite the Right rally in Charlottesville, was run over by a white supremacist, and 19 others were injured. Last year a man drew a hunting bow on protestors in Salt Lake City before being taken out by the crowd, a chilling moment that was captured on video. On the day of the Capitol riot, a pipe bomb was found a few blocks from the Capitol building. In addition to these troubling events, many others who will go unnamed have been the victims of hate crimes that can be traced to the alt-Right, pro-Trump movement.

"This brave priapic explorer – the Vasco da Gama of virility who left no adult star or beauty pageant contestant unmolested – ended up becoming president of the United States," wrote Schneider. "In the process, he bragged about the size of his junk during a debate, indicated that the wife of an opponent is ugly, and suggested a debate moderator's menstrual cycle was to blame for an uncomfortable question lobbed his way."