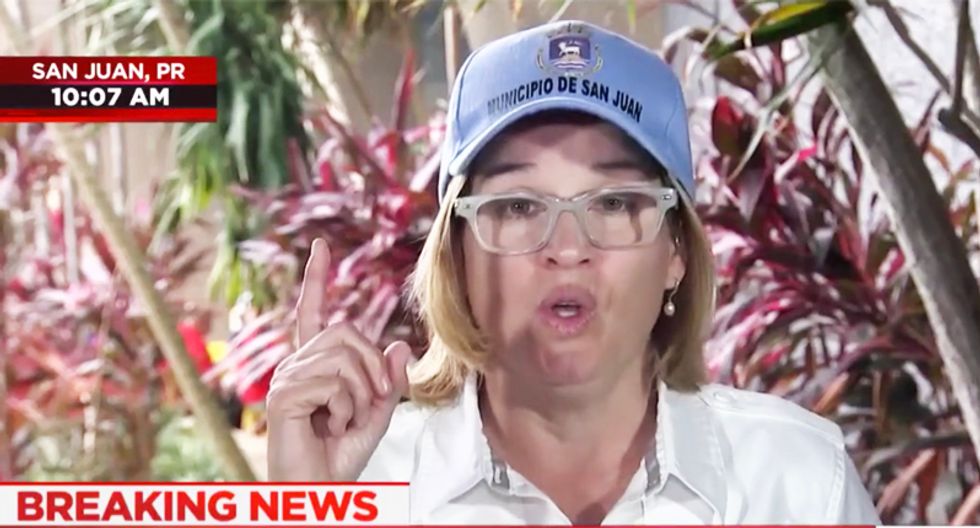 The night before President Donald Trump was set to land in the American territory of Puerto Rico, San Juan Mayor Carmen Yulin Cruz was invited onto a White House conference call on one condition -- that she couldn't speak during it.

According to The Independent, Cruz said she was completely unaware of the president's itinerary, and that she learned online about her supposed rejection of an invitation to meet with the president -- an invite she says she never got.

"I read in tweet that someone said I got an invitation to see him," she told The Independent. At the time, she hadn't.

Cruz has since announced that she will meet with the president despite his Twitter attacks on her over the weekend, which she believes he did "just to spite" the island territory.

"I will use this opportunity to reiterate the primary message: this is about saving lives, not about politics," Cruz said in a statement. "This is also about giving the people of Puerto Rico the respect we deserve; and recognizing the moral imperative to do both."