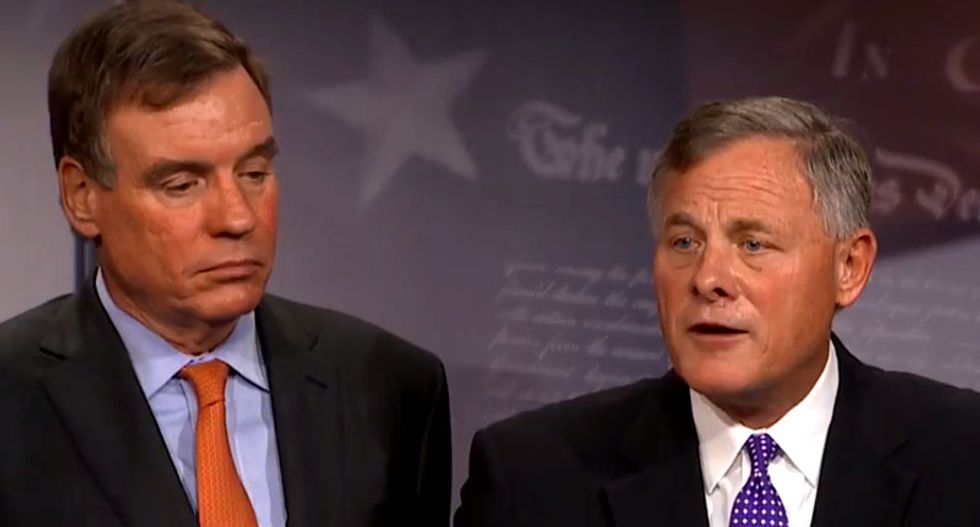 The Senate Intelligence Committee agrees that Russia attempted to interfere with the presidential election, but it hasn't concluded its investigation of possible collusion by the Trump campaign.

The panel has expanded its probe and refused to rule out possible collusion between the Trump campaign and Russia, and the chairmen warned the Kremlin had not stopped its efforts to influence elections.

"Russian active measure efforts did not end on Election Day 2016, and were not only geared at the United States of America," Warner said, listing possible interference in France, the Netherlands and Germany. "We need to be on guard."

The senators found evidence that Russia had hacked into political parties digital infrastructure and at least tried to test the vulnerabilities of electoral systems in 21 states, and they're concerned that state and federal officials aren't doing enough to prevent future attacks.

"We still believe there needs to be a more aggressive, whole of government approach," Warner said.

"The Russian intelligence service is determined (and) clever, and I recommend every campaign and every election official take action," Burr said.

The lawmakers said they would not release social media ads paid for by Russian agents to influence U.S. voters, but they hoped Facebook and Twitter would.

"I think at end of day it’s important that the public sees these ads," Warner said.

CNN’s @mkraju asks: Is Trump right? Is this all a hoax? https://t.co/kfxWne8IyM