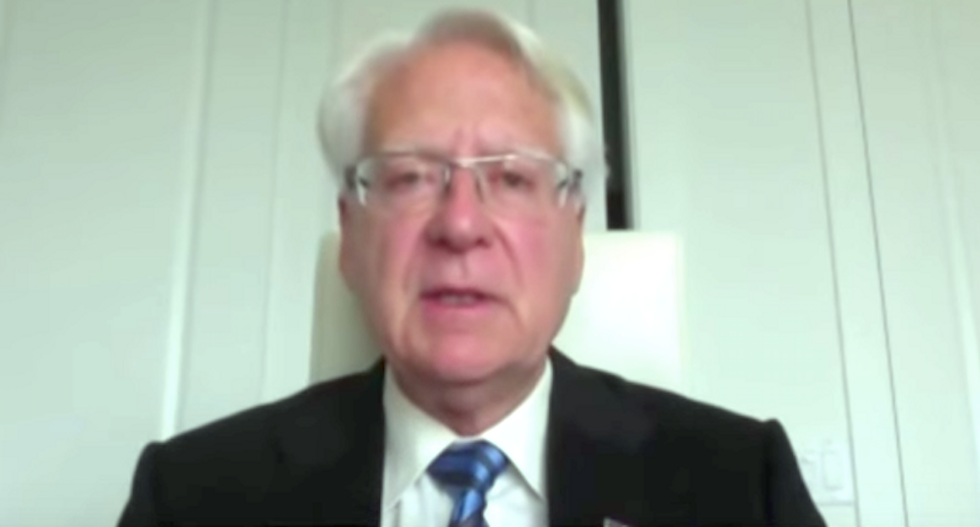 A conservative legal activist claimed the Las Vegas massacre may have been carried out by law enforcement or other government agents.

Judicial Watch founder and Tea Party activist Larry Klayman suggested the shooter, Stephen Paddock, may have been a government plant because he'd worked for the U.S. Postal Service and the IRS decades ago, reported Right Wing Watch.

“It’s not inconceivable that the FBI or the local police department used him as an informant and perhaps," Klayman told Newsmax TV, "having committed the crime — I’m not saying the FBI or the police were behind it — but one of theirs may have committed this mass shooting, this mass murder and that may be one reason why they can’t, quote, figure out what went on or where he comes from or what is the motive.”

Klayman said it was highly suspicious that investigators hadn't determined a motive for the shooting that left 58 concertgoers dead and hundreds more wounded, and he speculated that was because the government was actually to blame.

“Is the police department and FBI that stupid?" he said. "Are they that stupid that they can’t figure out what happened in 10 days? They have no inkling?”

He then told the conservative website that he would uncover the conspiracy using his own private investigators.

"This is something that needs to be investigated,” Klayman said.