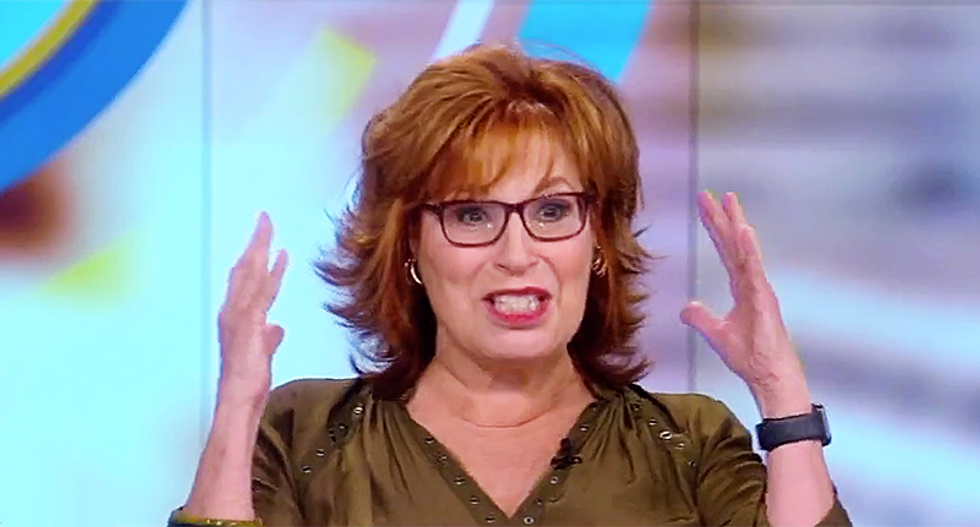 A Florida Republican congressional candidate went viral Monday when it was revealed she claimed she was abducted by an unidentified flying object as well as other unusual theories.

Bettina Rodriguez Aguilera is running for the seat currently held by retiring Rep. Ileana Ros-Lehtinen (R-FL) and she explained that she has telepathy due to her extraterrestrial encounters.

"Why is this any different than Kellyanne Conway saying her microwave is spying on her?" asked ABC's "The View" co-host Joy Behar.

Co-Host Sunny Hostin admitted, with some trepidation, that she believes in life outside of the Earth as well as UFOs. Meghan McCain agreed, recalling the mystery of the Phoenix Lights, which were seen 20 years ago this year. According to accounts, a series of lights appeared in formation over Arizona's capital city. She admitted it scared her half to death as a child. The hosts all agreed that there could be aliens "out there."

"They could be but then I feel like I couldn't vote for her because she sounds very nutty," Hostin said. "They're all at area 51, I'm telling you. They're all there!"

"This could be [Donald] Trump's next running mate, that's all I'm saying," Behar joked.

"I'm conflicted, if that's what you say happened to you, I'm going to take your word for it," Whoopi Goldberg said.

"But would you vote for her?!" Behar exclaimed.

"Well, there are a lot of worse people out there!" Goldberg retorted.

Joy Behar wonders why UFO Republican is any... by sarahburris