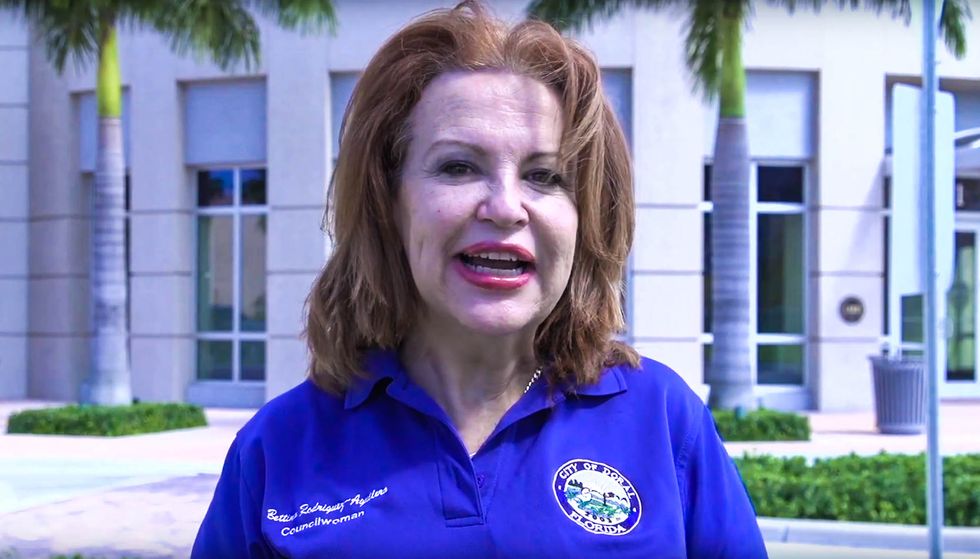 A Florida Republican who's running for Congress has in the past claimed that she has been the victim of alien abductions.

The Miami Herald reports that Bettina Rodriguez Aguilera, a 59-year-old Republican who's running for the seat currently held by retiring Rep. Ileana Ros-Lehtinen (R-FL), claims that she has had encounters with extraterrestrials who have communicated with her telepathically since the age of seven.

During a 2009 interview, Rodriguez Aguilera described being brought aboard a space ship and having conversations with aliens who let her in on key secrets about their visits to Earth.

"I went in," she explained. "There were some round seats that were there, and some quartz rocks that controlled the ship — not like airplanes."

Among other things, she says the aliens informed her that there is a cave in the island of Malta that contains 30,000 skulls that are "different from humans"; that the world's "energy center" is located somewhere in Africa; and that the limestone Coral Castle tourist attraction in Florida is actually an ancient Egyptian pyramid.

"For years people, including Presidents like Ronald Reagan and Jimmy Carter and astronauts have publicly claimed to have seen unidentified flying objects and scientists like Stephen Hawking and institutions like the Vatican have stated that there are billions of galaxies in the universe and we are probably not alone," she said. "I personally am a Christian and have a strong belief in God, I join the majority of Americans who believe that there must be intelligent life in the billions of planets and galaxies in the universe."