‘Too many white people don’t know history’: Roland Martin schools the hell out of Gen. Kelly on the Civil War 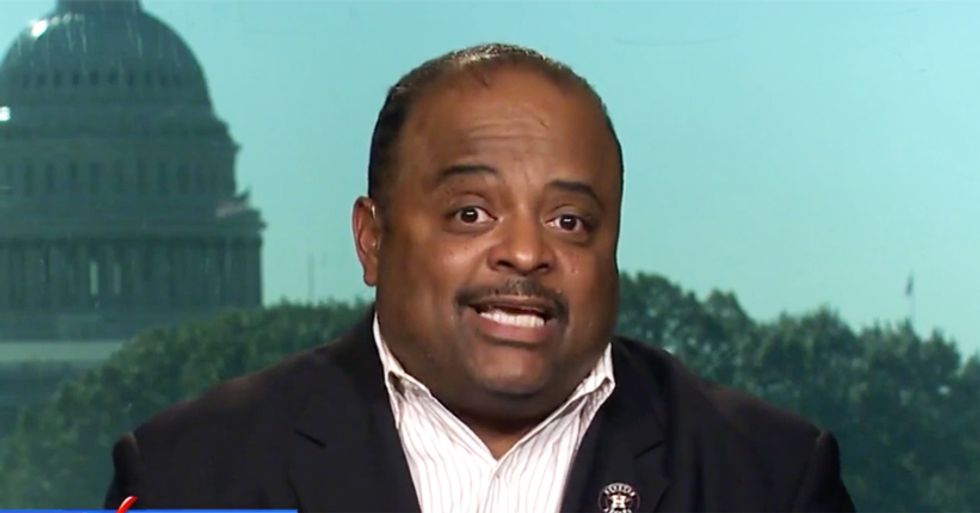 Commentator Roland Martin delivered a scathing rebuttal to White House Chief of Staff John Kelly's comments that the root cause of the Civil War was the "inability to compromise."

Appearing on MSNBC's Velshi & Ruhle, the popular political observer lashed out at Kelly, saying he needs to read a history book -- later adding that Fox News host Laura Ingraham, who didn't push back at Kelly's comments during the interview, should brush up on her history too.

Responding to Kelly's Civil War comment, that "men and women of good faith on both sides helped them make their stand," Martin was off and running.

"History is history, but for fact's sake, let's tell the truth," Martin began. "First of all, historic fact number one. The Civil War was fought over slavery. 11 southern states left the United States in 1860 and 1861 in order to protect the institution of slavery following the election of President Abraham Lincoln. Lincoln was an avowed opponent of the expansion of slavery that said he would not interfere with it where it already existed."

"The debate over the future of slavery led to secession, and secession brought about a war," he continued. "The first state to secede, South Carolina, on December 20th, 1860, approved of an ordinance of secession and offered an invitation to form a confederacy of slave holding states," he added.

Turning specifically back to General Kelly, Martin insisted that his comments shouldn't be allowed to go unchallenged.

"I'm not going to allow four stars stuck on stupid to simply go on," he lectured. "Here's a man who's utterly clueless. For him to say, 'well, we could have compromised,' really? We did compromise. It was a thing called United States Constitution and you know what that said? If you're a black, you're 3/5ths of a human."

"How about the Hayes/Tilden compromise that ended the 12 years of Reconstruction and ushered in Jim Crow, removed the federal troops from the last three remaining southern capitals?" he added. " So I need John Kelly to actually go back and read a history book that my 12-year-old nieces are reading right now because clearly he fell asleep in history."

"We have too many people in this country who are white who do not know history and  who want to somehow glorify these Confederate leaders," Martin continued. "I'm telling you right now, they ain't my founding fathers and they're not my leaders. We need to have real history. And I will say to John Kelly: shame on you."