Trump accuses Myeshia Johnson of lying about their call: 'I spoke his name from beginning!' 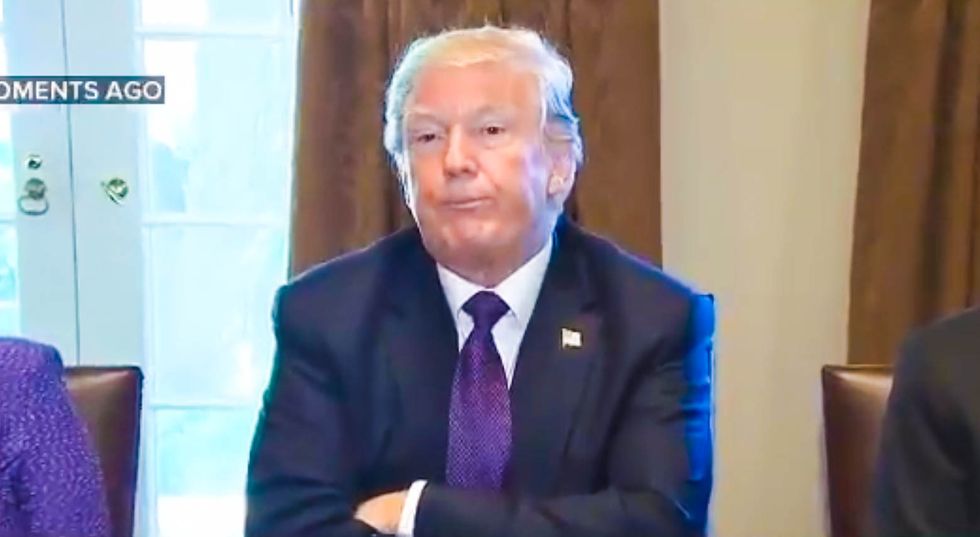 President Trump pouts when asked about his remarks to a Gold Star family (Screen cap).

President Donald Trump on Monday quintupled down on his denial that he couldn't remember the name of slain U.S. Army Sgt. La David Johnson during a phone call with the fallen soldier's family.

In particular, Trump claimed that Sgt. Johnson's widow, Myeshia Johnson, lied when she said that Trump couldn't even remember her late husband's name during their phone call.

"I had a very respectful conversation with the widow of Sgt. La David Johnson, and spoke his name from beginning, without hesitation!" he wrote on Twitter.

Johnson on Monday broke her silence about the now infamous phone call with the president during an interview on ABC's Good Morning America. During the interview, Johnson backed up Rep. Frederica Wilson's (D-FL) account of what happened, and said that Trump left her feeling "very upset."

"He couldn’t remember my husband's name," Johnson said. "That’s what hurt me the most."

The feud with Sgt. Johnson's family marks the second major fight Trump has gotten into with a Gold Star family over the past two years, as the president regularly attacked the family of slain U.S. Army Captain Humayun Khan during the 2016 presidential election.