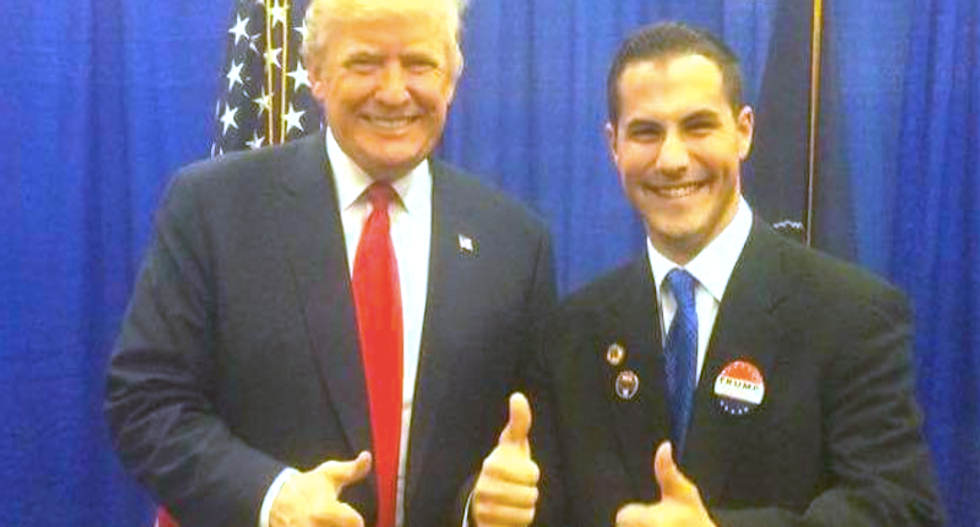 A Pennsylvania Trump voter who gained notoriety for accidentally shooting himself at a Confederate rally said he's counting on Republican tax cuts to help him afford basic necessities.

The 23-year-old Marine Corps veteran, who volunteered for the Obama campaign five years ago, is especially hopeful that GOP tax cuts will leave him with more of his $21,000 yearly salary.

“All that money I would get back every check which would help me pay my bills, my truck payment, buy food and stuff, take care of my dog, my girlfriend, my apartment — everything,” Hornberger said. “So it’s a big deal. I hope they get it done.”

The self-described patriot and volunteer firefighter's income would place him in the lowest quintile, which could put him in line to receive a $100 tax cut, according to an analysis by FactCheck.org.

Hornberger accidentally shot himself in the leg during a July rally at the Gettysburg National Military Park, where right-wing demonstrators gathered to defend Confederate monuments at the Civil War battlefield.

The Shippensburg man's revolver fired after he rested a flag pole against his leg holster, striking Hornberger in the thigh.

The gun fired a second time as police tried to unload the weapon, but the bullet struck the ground and did not injure anyone.