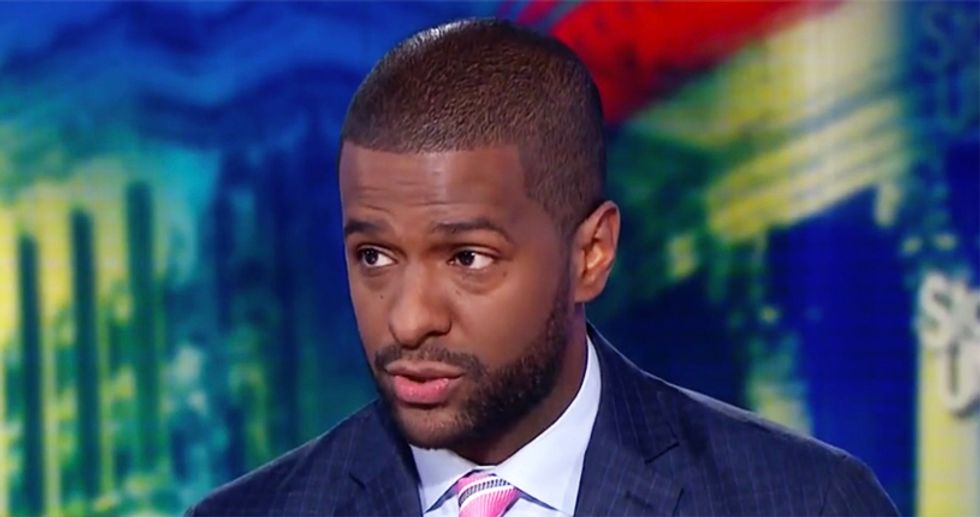 During a State of the Union panel discussion on the firestorm begun by President Donald Trump's bungled phone call to the widow of a U.S. soldier killed in Niger, CNN regular Bakari Sellers called out the president and his chief of staff for lying about how it was handled and not apologizing and moving on.

Speaking with host Dana Bash, Sellers got right to the point over Trump and John Kelly attacking Rep. Frederica Wilson (D-FL), calling them out as liars.

"The fact is you can say whatever you want to say about Congresswoman Wilson, but she's the only one in this scenario who has been honest from the beginning," he began. "People want to say that she's just a Democratic congresswoman, but in fact she was a mentor to this young man. She was a family friend. She knew this person, so my heart goes out to her as well as the family."

"But there are a few things," he continued. "Donald Trump lied, General Kelly lied about Congresswoman Wilson, and even more importantly, we're not talking about the major issue, which is why four men in uniform died in Niger."

"That's the question: Why did they die?" he concluded.