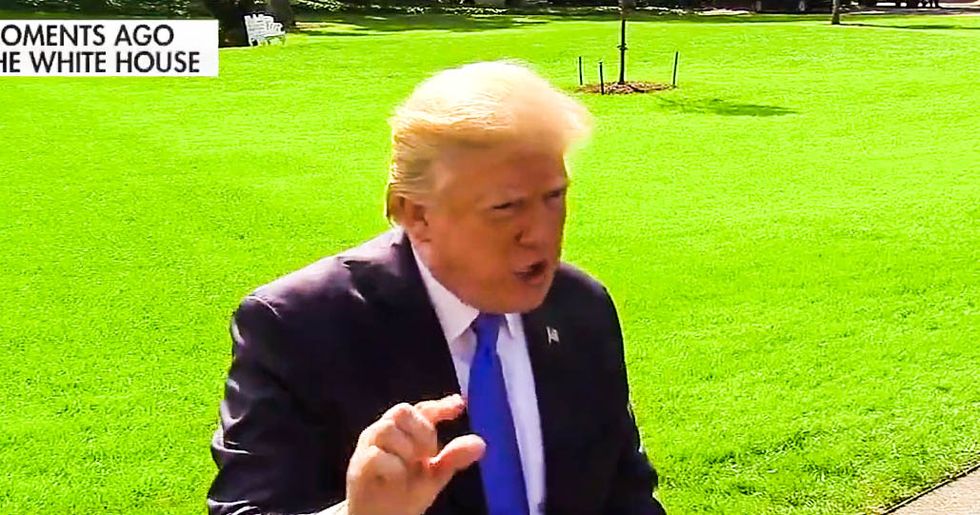 While speaking with reporters, Trump was asked if he'd apologize to Johnson, who broke her silence on Monday and backed up Rep. Frederica Wilson’s (D-FL) account of what happened during the call. Specifically, she said that Trump left her feeling "very upset," and claimed that Trump couldn't remember her late husband's name.

Trump, however, completely dodged the question, and quickly pivoted to how nice he had been to her during their call.

When pressed by a reporter about Johnson's account of the exchange -- which differed completely from Trump's -- the president boasted about the high quality of his memory.

"[I have] one of the great memories of all time," Trump insisted.