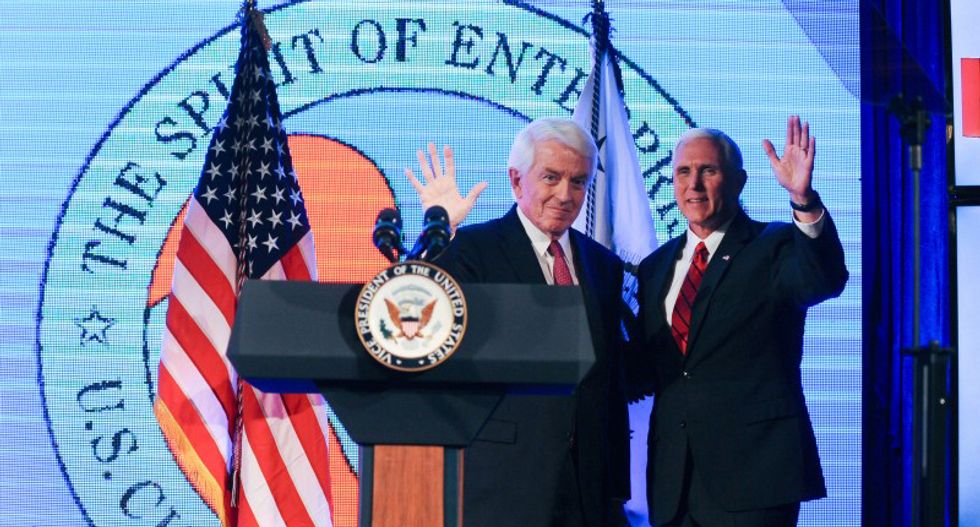 The U.S. Chamber of Commerce urged the Trump administration on Tuesday to moderate its stance in the renegotiation of the North American Free Trade Agreement, describing some of Washington's demands as "poison pill proposals" that could doom the talks.

Thomas Donohue, the chamber's president and chief executive, will raise a red flag about the progress of the negotiations, according to advance excerpts of a speech he was due to make in Mexico City on Tuesday morning.

The group has argued repeatedly in recent weeks that NAFTA is critical to U.S. industries such as agriculture and manufacturing.

"There are several poison pill proposals still on the table that could doom the entire deal," Donohue said in remarks to be delivered at an event hosted by AmCham Mexico. "All of these proposals are unnecessary and unacceptable."

The U.S. Chamber did not specify what the most contentious proposals were in the excerpts of the speech, but a number of thorny issues have been highlighted by the Mexican and Canadian governments and the U.S. private sector in recent weeks.

These include U.S. exploration of imposing national content requirements for some products, not just regional thresholds, within certain sectors of industry, such as carmaking.

Auto makers in Mexico say excessive content requirements could do serious damage to the industry's competitiveness.

In addition, U.S. officials have mooted incorporating a sunset clause in NAFTA that would kill it unless it was renegotiated every five years, as well as eliminating a key dispute resolution mechanism, much to the dismay of Canada.

The U.S., Mexico and Canada began renegotiating the 23-year-old trade pact this summer, with a fourth round of talks kicking off this week in Washington.

U.S. President Donald Trump has threatened to withdraw from NAFTA if he does not win concessions to reduce a U.S. trade deficit of around $64 billion with Mexico.

But the U.S. Chamber of Commerce has consistently stressed the pact's importance.

"The existential threat to the North American Free Trade Agreement is a threat to our partnership, our shared economic vibrancy, and clearly the security and safety of all three nations," Donohue said.

In recent months, the U.S. Chamber of Commerce has shown a willingness to stand up to the Trump administration's more extreme proposals, often echoing Mexico's positions.

"I also want it to be clear that the U.S. business community is committed to Mexico, and no matter what happens, we’re not going anywhere," Donohue said.