US nuclear arsenal to cost $1.2 trillion over next 30 years: CBO 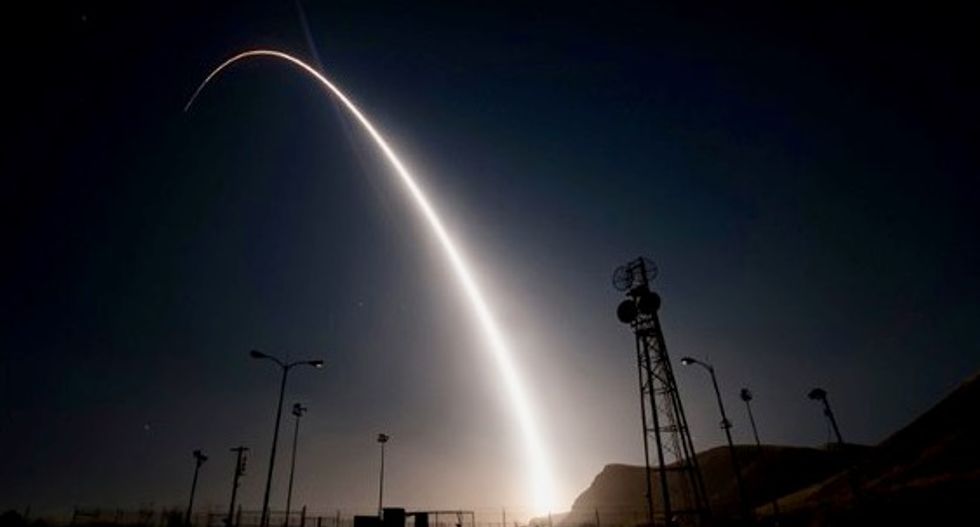 An unarmed Minuteman III intercontinental ballistic missile launches from Vandenberg Air Force Base, California, United States during an operational test at 12:03 a.m., PDT, in this April 26, 2017 handout photo. Michael Peterson/USAF/Handout via REUTERS ATTENTION EDITORS - THIS IMAGE WAS PROVIDED BY A THIRD PARTY. EDITORIAL USE ONLY - RC1B459823A0

Modernizing and maintaining the U.S. nuclear arsenal over the next 30 years will cost more than $1.2 trillion, according to a report released on Tuesday by the Congressional Budget Office.

The report said current plans for the modernization of the aging planes, ships and missile silos that make up the U.S. nuclear arsenal would cost 50 percent more than if the U.S. only operated and maintained its current equipment in the field.

The CBO study reviewed the Obama's Administration's plans for modernization of the nuclear arsenal. President Donald Trump in January directed Secretary of Defense James Mattis to conduct his own review the U.S. nuclear forces. The results could be published in the coming months.

U.S. House Armed Services Committee member Adam Smith, a Democrat from Washington, said of the Obama-era plan: "Congress still doesn't seem to have any answers as to how we will pay for this effort, or what the trade-offs with other national security efforts will be."

Trump has said he wants to ensure the U.S. nuclear arsenal is at the "top of the pack," saying the United States has fallen behind in its weapons capacity.

U.S. officials have noted that America's nuclear modernization is lagging behind Russia's upgrade of its own nuclear triad.

General Paul Selva, vice chairman of the Joint Chiefs of Staff, told Congress in August he believed Moscow was already two-thirds of the way through its nuclear modernization process.

Days later the Air Force awarded Lockheed Martin Corp and Raytheon Co separate $900 million contracts to continue work on a replacement for the AGM-86B air-launched nuclear cruise missile. That detailed development contract allows the companies to continue work on the long range standoff weapon yet another leg of the triad.