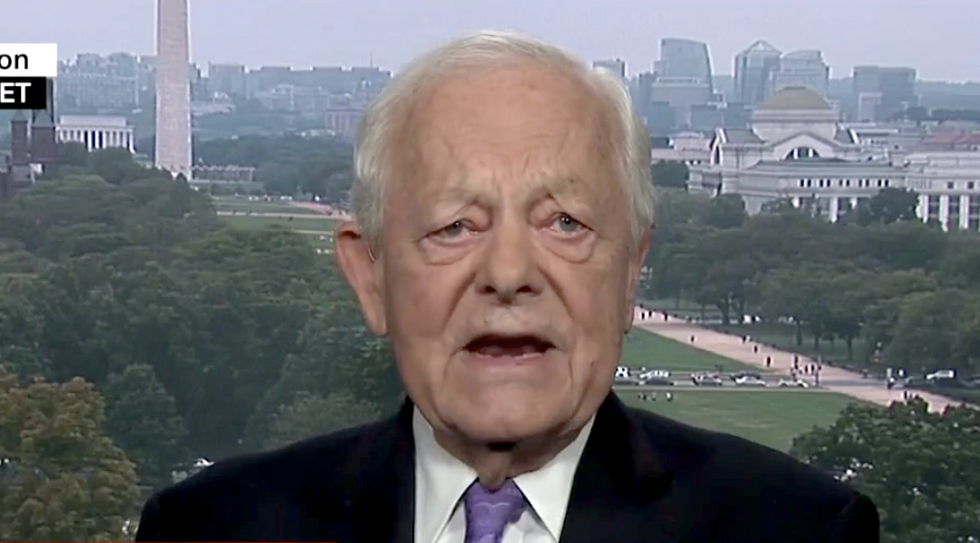 Veteran CBS journalist and "CBS Sunday Morning" host Bob Schieffer said on Sunday that President Donald Trump's attacks on the media are "undermining the foundations of our democracy."

Speaking to CNN's "Reliable Sources," Schieffer said that Americans are being given more news than they can process thanks to our smart phones, tablets and the 24-hour news cycle.

"Now, everybody is a publisher, now," he said. "If you have a phone, now, you're a publisher."

The problem is sifting through the noise to find the truth, a phenomenon that Trump has worked to his advantage.

Schieffer said he doesn't pay much attention, "At my age, I've been called all kinds of names."

"What I do take seriously is when he tries to destroy the credibility of the media," he said. "An independent press that can gather information that people can compare to the government’s versions of events. And that is what we do. It is as crucial to our democracy as the right to vote. And when people try to undermine that, I think they are undermining the foundations of our democracy."

Schieffer commented on the purported feud between Trump and embattled Secretary of State Rex Tillerson last week, saying that Tillerson's press conference to strike back against accusations that he called Trump a moron "looked like a hostage tape" and predicted Tillerson will be out of the administration by Christmas.