CBS’ Bob Schieffer: Tillerson presser was like a ‘hostage tape’ -- he’ll be gone by Christmas 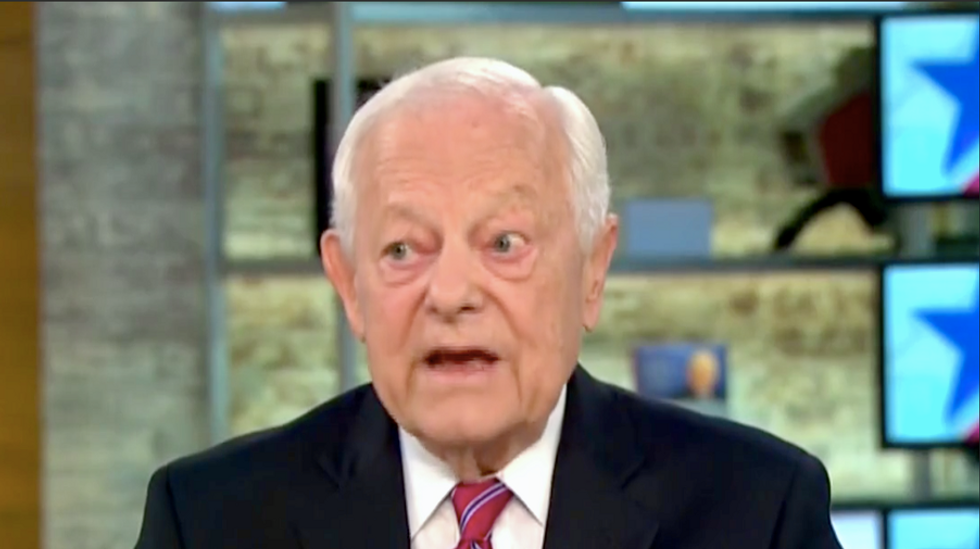 Veteran newscaster and longtime anchor of "CBS Sunday Morning" Bob Schieffer said on Thursday that Secretary of State Rex Tillerson's press conference on Wednesday was "more like a hostage tape" and predicted that Tillerson will vacate his post "by Christmas."

Tillerson held the press conference to address a report by NBC News that he called President Donald Trump a "f*cking moron" at a meeting in a secure facility at the Pentagon known as "The Tank." Secretary of State Tillerson -- formerly the CEO of Exxon -- never actually denied calling the president a moron, but insisted that the media interest is "trivial stuff."

"I think it's going to be very difficult for the Secretary of State to continue in his job," Schieffer said, "because it's widely known in Washington that the president has simply lost confidence in him."

The press conference on Wednesday didn't help, he said.

"This was not like a news conference, it was more like a hostage tape to me," continued Schieffer. "Why was he there? The Washington Post confirmed 19 sources -- which is a new record for a number of sources."

The consensus in Washington, he said, is that Tillerson is a "short-timer."

"The word is he'll be gone by Christmas," Shieffer concluded.